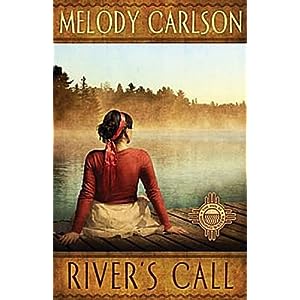 
Anna Larson's daughter, Lauren, is confused, brokenhearted, and misguided. It's the turbulent 1960s and feeling alienated from her mother, Lauren chooses to stay with her paternal grandmother. However, repelled by the woman's manipulative and spiteful ways, Lauren returns to her mother, the river, and the Inn at Shining Waters.

There, Lauren begins to appreciate the person her mother is becoming - and she loves the river. However, her mother's romantic interest throws a wrench into the works and Lauren, jealous and angry, returns to her grandmother yet again.


But as time passes, and Lauren, now a mother to her own defiant teenager, faces a new crisis, one that puts the entire family at risk.

I find that one of the hardest things about parenting, especially parenting teens, is knowing how and when to step in and when to step back and let things take their natural course--a course you know will have consequences that will leave you and/or your child unhappy.  That difficulty is played out time and again in River's Call.

Anna's relationship with her daughter has always been strained, and that strain has always been exacerbated by her mother-in-law.  This book, set in the early 1960's, begins with Anna's daughter learning she is pregnant.  While Anna has definite opinions about what should happen, she allows her daughter to make her own choices, even when it becomes apparent that the choices are not good ones.  Anna is there to love and support, but tries to do so in a constructive way that will allow her daughter to grow into the woman Anna knows she can be--but others undermine her efforts.

This is the second book in the series.  The first gives some background that helps the reader better understand some of the characters, however the backstory is well-enough covered that one does not have to read book one first.  However, this book does have a cliff-hanger which leads to book three.  Luckily the cliff-hanger was resolved in the first few pages of the third book, which were in the back of this book.

I'd like to thank the publisher for making a review copy available via NetGalley.  I was not obligated to write any review, much less a positive one.  Grade:  B+
Posted by RAnn at 1:19 AM