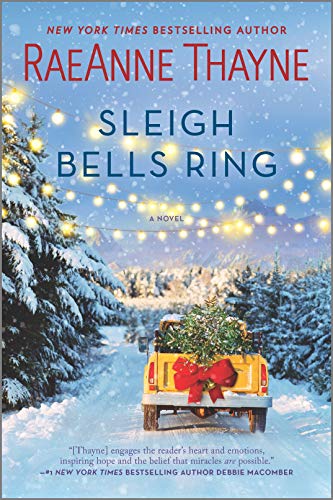 Ranch manager Annie McCade thought her twin niece and nephew could join her at the Angel View Ranch for Christmas with her absent employer being none the wiser. But when the ranch's owner, Tate Sheridan, shows up out of the blue, Annie's plans are upended. Soon she finds herself helping Tate make a Christmas to remember for his grieving and fractured extended family.

It's a Christmas romance.  Cute kids, horses, sweet woman, man who doesn't realize that something has been missing, and yes even a sleigh.  But this book goes a little (not much, but a little) deeper and looks at how guilt from the past can keep us from things (and people) we love in the present.
Like most of Thayne's books, this is squeaky clean with no suggestion of sex outside of marriage.
I'd like to thank the publisher for providing a review copy of this book via NetGalley.  Grade B.
Posted by RAnn at 12:30 PM No comments:

Keep Me Warm at Christmas: My Review 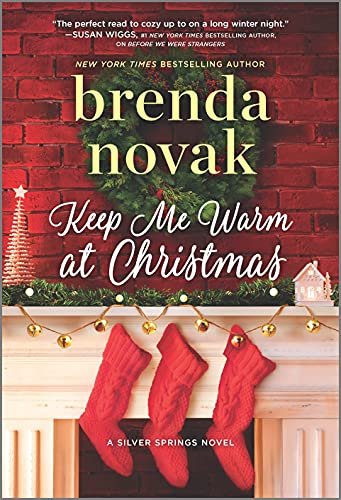 Keep Me Warm at Christmas

Hollywood starlet Tia Beckett knows one moment can change your life. Her career had been on the fast track before a near-fatal accident left her with a debilitating facial scar. Certain her A-lister dreams are over, she agrees to house-sit at her producer’s secluded estate in Silver Springs. It’s the escape from the limelight Tia’s been craving, until she discovers she’s not the only houseguest for the holidays. And her handsome new roomie is impossible to ignore.
Artist Seth Turner has good reason to keep his distance. Losing his wife after only a few years of marriage has left a deep scar, even if he is still happy to spend a semester teaching art classes at the New Horizons Boys Ranch for troubled teens. Despite nursing her own wounds, Tia finds her curiosity piqued by enigmatic Seth, whom she recognizes as something of a kindred soul. Maybe spending Christmas together could be another game changer for both of them—this time, for good.

If there is one thing Christmas romances share, it is usually that they are sweet as the season with conflicts being minimal or a matter of misunderstanding.  While Keep Me Warm At Christmas has the expected happy ending, the road there is a little grittier than in many such books.
For those familiar with the Silver Springs books, Seth is one of Aiyana's adopted sons.  For those not familiar with the series, Aiyana runs a school for troubled kids, and over the years adopted some of them, who was might be imagined, have issues with trust, love etc.
Tia, as noted above is dealing with a disfiguring car accident.  Their story went about as expected.
The gritty part of the story dealt with Tia' relationship with her parents,  with Seth's relationship with his in-laws and with a photographer who was trying to get a picture of Tia.  Honestly I didn't like the part about  her parents.  She came from a conservative Mennonite family and I didn't like the way Brenda Novak presented them or their faith.  I realize the presentation was through the eyes of one who didn't fit in, but it irked me that the only mention of religion in a Christmas book was a negative one.
I'd like to thank the publisher for making a review copy available via NetGalley.  Grade: B- 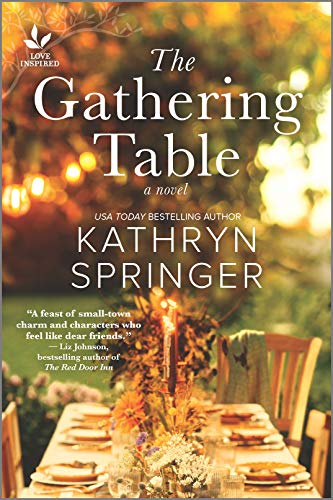 Winsome Lake, Wisconsin, is postcard-pretty, but for chef Jessica Keaton it’s also a last resort. Fired from her dream job, Jess is starting over as a live-in cook and housekeeper. When she arrives, she finds her new employer is in rehab after having a stroke, and Jess expects she’ll be all alone in Elaine Haviland’s quaint house. A chef with no one to cook for.
But instead, she encounters a constant stream of colorful visitors who draw her back into the world. As Jess contends with local teenagers, a group of scrappy women and a charming football coach, Elaine faces some battles of her own that extend past her physical challenges. For both of them, all the ingredients for a fulfilling life are within reach, if they’re willing to take a leap. And maybe Jess will start to see that it’s not just what’s on the table that matters—it’s the people gathered round it.

I used to read a lot of Christian Fiction and this book exemplifies the good and bad of the genre.  The good is that because the authors can't develop a romance by having the characters fall in lust with each other, they actually need to make them talk to each other and to learn each other's strengths and weaknesses.  They have to be attracted to the personality, not the body.  There are two romances in this story and while the characters do find each other to be physically attractive, that physical attraction is not the main draw.  I also like the fact that one of those couples is "mature".
The bad is that sometimes authors can't seem to resist putting in a "salvation scene", a scene where one character (or more) accepts Jesus which changes his or her life and then finds the problems of life in this world to be resolved.  Also, some of the plot turns seem a bit, hmmm, well, not quite likely.  In The Gathering Table Jess is hired over the phone to be a live-in cook and housekeeper for a lady who had a stroke.  Ok, I'll give that a pass.  Then, when she gets to town she is told the lady won't be discharged from rehab for a while, due to a fall, but that she is to go ahead and move in.  I can accept that.  However, never do we see Jess picking up the phone and calling her employer, or going by the nursing home to meet her.  Nope, she stays at the house and cooks for the neighbors.
I liked the way the characters looked out for each other, the way they learned that three of them had a lot in common and the way the character with Down Syndrome was made into a real person rather than a caricature.
I'd like to thank the publisher for making a review copy available via NetGalley.  Grade: B. 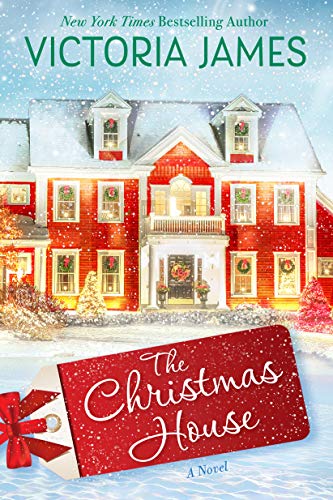 It's Christmas in the small town of Silver Springs which is bursting with holiday spirit. The downtown shops boast twinkling lights, and the town square features an enormous Christmas tree. Every Christmas Eve for the past fifty years, Ruby Harris, the owner of the historic B&B, The Christmas House, has opened her doors to strangers in need, showing them the compassion once denied to her.
When Ruby invites her family home for the holidays, including her two adult grandchildren, Charlotte and Olivia, she hopes they will be able to put the past behind them. However, her plans for reconciliation implode as the women unravel secrets from the past that force them to confront the impact they've had on their dysfunctional family. As Charlotte grows closer to Wyatt, the neighbor next door and a friend from the past, old memories resurface that the women would rather forget. they're reminded of a man they want to forget.
As the clock inches closer to the New Year, can the magic of the season bring the family closer? Or will a surprise guest threaten their tentative truce and test newly formed bonds?
This light-hearted Christmas tale draws inspiration from Victoria James's own historical fixer-upper, offering plenty of warmth and holiday cheer.

This is the story of how adults can really screw up their lives and the lives of their kids--and the story of how love can heal hurts. .
It is a dual timeline story that comes together in a sweet charming way, as would be expected in a book with this cover and title.  Sure, things worked out a little too well--but its a Christmas romance, right?
I'd like to thank the publisher for making a review copy available via NetGalley.  Grade:  B-