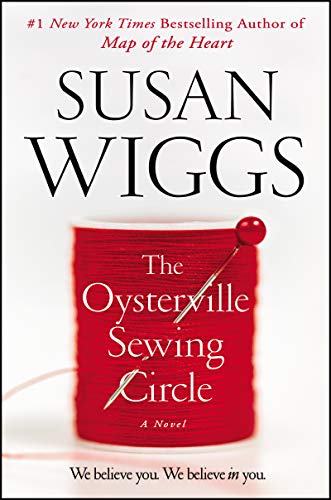 At the break of dawn, Caroline Shelby rolls into Oysterville, Washington, a tiny hamlet at the edge of the raging Pacific.

Home to a place she thought she’d left forever, home of her heart and memories, but not her future. Ten years ago, Caroline launched a career in the glamorous fashion world of Manhattan. But her success in New York imploded on a wave of scandal and tragedy, forcing her to flee to the only safe place she knows.

And in the backseat of Caroline’s car are two children who were orphaned in a single chilling moment—five-year-old Addie and six-year-old Flick. She’s now their legal guardian—a role she’s not sure she’s ready for.

But the Oysterville she left behind has changed. Her siblings have their own complicated lives and her aging parents are hoping to pass on their thriving seafood restaurant to the next generation. And there’s Will Jensen, a decorated Navy SEAL who’s also returned home after being wounded overseas. Will and Caroline were forever friends as children, with the promise of something more . . . until he fell in love with Sierra, Caroline’s best friend and the most beautiful girl in town. With her modeling jobs drying up, Sierra, too, is on the cusp of reinventing herself.

Caroline returns to her favorite place: the sewing shop owned by Mrs. Lindy Bloom, the woman who inspired her and taught her to sew. There she discovers that even in an idyllic beach town, there are women living with the deepest of secrets. Thus begins the Oysterville Sewing Circle—where women can join forces to support each other through the troubles they keep hidden.

Yet just as Caroline regains her creativity and fighting spirit, and the children begin to heal from their loss, an unexpected challenge tests her courage and her heart. This time, though, Caroline is not going to run away. She’s going to stand and fight for everything—and everyone—she loves.

Have you ever read one of those books that just ties up too neatly?  Well, this is one of them.  While I enjoyed the story and admired a lot about Caroline, there were quite a few events in the book that made me raise my eyebrows--why in the world would any sensible person make THAT choice?  As a romance novel, I knew the ending of the Will/Caroline story right away, but some of the subplots has resolutions that I just didn't think rang true.

Like many of Susan Wiggs' other books, this is set in a small town where everyone knows everything about everyone, or do they?  I wonder if she is setting up another series?  The setting was wonderful and I would like get better get to know some of the sewing ladies.

I'd like to thank the publisher for making a review copy available via NetGalley.  Grade:  B-
Posted by RAnn at 12:01 AM 2 comments:

Jada Brooks couldn’t have known how her life would change when she fell for bad boy Maddox Richardson back in high school. She couldn’t have known his troubled brother would leave hers forever crippled. Or that she’d be forced to shun Maddox completely—only to discover she was carrying his child.

Although Maddox was devastated by the events that transpired that fateful night, losing Jada was the worst of it. He’s back in Silver Springs, ready to make amends and provide the kind of youth outreach that once saved him. If he’d known Jada was in town, too, he would never have come.

Jada has returned to Silver Springs to be with family after her father’s death. But when she sees Maddox, every tough decision she’s made concerning their now twelve-year-old daughter begins to haunt her. Falling for him again is so tempting, but not only does she stand to alienate her family—if he finds out about Maya, she could lose what matters most.
.

I'm a Catholic and one of the things we are supposed to do is forgive.  We aren't supposed to hold on to wounds, pick at scabs and generally stay mad at people.  This book is about people who don't follow that rule, and what it does to their lives.

Yes, Jada's family had plenty of reason to be angry with Maddox, but by choosing to live in the past and to hang on to hurt, the main people they were hurting were themselves.

The story is set at the same school for troubled kids that the other books in this series are.  The head of the school sees the good in both Jada and Maddox, and in another major character and it is through her and each other that these characters learn to forgive and move on with life.

As with many of Novak's book's the characters are the strong point.

I'd like to thank the publisher for making a review copy available via NetGalley.  Grade:  B+
Posted by RAnn at 12:40 AM No comments: