Review: The Life She Wants

The Life She Wants

In the aftermath of her financier husband’s suicide, Emma Shay Compton’s dream life is shattered. Richard Compton stole his clients’ life savings to fund a lavish life in New York City and, although she was never involved in the business, Emma bears the burden of her husband’s crimes. She is left with nothing.

Only one friend stands by her, a friend she’s known since high school, who encourages her to come home to Sonoma County. But starting over isn’t easy, and Sonoma is full of unhappy memories, too. And people she’d rather not face, especially Riley Kerrigan.

Riley and Emma were like sisters—until Riley betrayed Emma, ending their friendship. Emma left town, planning to never look back. Now, trying to stand on her own two feet, Emma can’t escape her husband’s reputation and is forced to turn to the last person she thought she’d ever ask for help—her former best friend. It’s an uneasy reunion as both women face the mistakes they’ve made over the years. Only if they find a way to forgive each other—and themselves—can each of them find the life she wants.

This is definitely not one of Robyn Carr's better books.  It is the story of Emma, who is starting over with almost nothing after the suicide of her husband, who had been convicted of bilking people out of millions of dollars.  She returns to her hometown but because of her husband's notoriety, the only work she can find is low-wage jobs like working at a fast food place or in housekeeping.

When Emma was off at college, Emma's best friend and boyfriend got too close and ended up pregnant.  Of course Emma felt betrayed, even though her life was quickly moving beyond that small town.  Emma and Riley haven't spoken since, but when she couldn't find any other job, Emma swallows her pride and asks for a job with Riley's cleaning company.

The main problem with the book is that it just wasn't realistic.  Riley has been keeping people at arm's length ever since her fallout with Emma.  Now all of the sudden she starts dating--and then quits because she realizes the guy who has been under her nose all these years...

Emma's love story is actually pretty believeable, but her work life after she gets home--absolutely not.  Her relationship with her stepmom was equally unrealistic.  She ends up rescuing a troubled teen, and a few months later everything is fine with that teen.  Basically the whole problem with the book is that all the endings were happy and many of them seemed hurried and forced.

I bought this book with my own money and can say whatever I want about it.  Grade:  B-
Posted by RAnn at 7:53 PM No comments:

Email ThisBlogThis!Share to TwitterShare to FacebookShare to Pinterest
Labels: 2016 Book Review, Grade: B-, Robyn Carr, The Life She Wants

Worth the Risk: My Review

When Jackson St. James decided that six weeks in Vermont’s Green Mountains would help him get his life together, he didn’t anticipate replacing his craving for whiskey with a craving for his alluring new landlord, Gabby. Now, instead of prioritizing his sobriety and the resolution of the lawsuit threatening his business, he’s making excuses to spend time with the spunky young landscaper whose candor is more than a little addictive.

Gabby Bouchard refuses to let her pill-popping mother and unreliable baby daddy turn her into a cynic, so she doesn’t fight her attraction to her enigmatic new tenant. Although Jackson’s smile rarely reaches his eyes, his generosity and dependability make her willing to overlook his demons. But once she convinces him to give in to temptation, Gabby’s jealous ex threatens to disrupt the life she has built for herself and her son.

With so much at stake, Gabby and Jackson must decide if love is worth the risk.

All too often these days people seem to think that they need to have life figured out or working perfectly before they take a chance on love.  Hook-ups, it seems, are fine for people whose lives are messy, but not love.  Jackson in counselled throughout this book not to get involved but in a lot of ways, having someone who is there for him, and for whom he can care, is healing for him.  While Gabby had a lot to lose if things went way wrong with Jackson, she gained so much when they went right.

Worth the Risk is the story of a man who doesn't have it all together.  Jackson's drinking has started to cause problems with his business.  He has been sued, and his family life is a mess.  Rather than go into rehab for his drinking, Jackson decides to take a six week vacation and to see a counsellor while there.  He rents a garage apartment from Gabby's dad.

Gabby was a girl who was going places until one night she got too close to the wrong guy and ended up pregnant.  College is tough for a single mom so she stays home with her dad where she is chief cook and bottle washer, in addition to running a landscape business.

Jackson is used to being busy and when things happen such that Gabby needs help, he steps up to the plate.  Since her baby's father has never done that, Gabby is suitably impressed.  Still, she knows he has demons and even gets him to talk about them, a little.

This is the third book in the series but I did not feel I had missed too much backstory; this book stood alone well.

I'd like to thank the publisher for making a review copy available via NetGalley.  While not "squeaky clean", the bedrooms scenes were not terribly graphic.  Grade B+
Posted by RAnn at 10:43 AM No comments:

Email ThisBlogThis!Share to TwitterShare to FacebookShare to Pinterest
Labels: 2016 Book Review, Grade: B+, Jamie Beck, NetGalley, Worth the Risk

Review: Birds in the Air

Birds in the Air

In the tradition of Marie Bostwick and Jennifer Chiaverini, Dowell combines her deep connection to the quilting life and her love of storytelling to create a novel about the abiding friendships that bind together a community of women who share a passion for making quilts.

When Emma Byrd moves into the house of her dreams in the small mountain community of Sweet Anne's Gap, she knows that making friends may prove to be her biggest challenge. Her husband loves his new job and her kids are finding their way at school. But Emma -- no natural when it comes to talking to strangers -- will have to try a little harder, especially after the sweet, white-haired neighbor she first visits slams the door in her face.

Luckily, a few of the quilters of Sweet Anne's Gap adopt Emma and she soon finds herself organizing the quilt show for the town's centennial celebration. But not everyone is happy to see the job go to an outsider, especially one who has befriended an outcast pursuing her own last best chance at redemption.

With Birds in the Air, Frances O'Roark Dowell (winner of the Edgar Award, the William Allen White Award and the Christopher Medal) has created a warm, funny novel about fitting in, falling out and mending frayed relationships one stitch at a time.

In Birds in the Air, the two centers of action are a quilt shop and a church quilt exhibit.  At the quilt shop newcomer Emma Byrd meets her first friends in her new community, and through them becomes involved in the quilt show.  She learns that old loyalites, friendships and fueds go deep in a community where everyone knows everyone (and where most people are related in one way or another).

I enjoyed watching Emma find her way in her new home, and thought the fact that she ruffled a few feathers in the "in" crowd and learned to find good in an outcast gave a sense of realism to the book.

Quilt patterns were discussed but not to the extent than non-quilters would tire of them and though I'm not a quilter I am fascinated by those works of domestic art.

I'd like to thank the publisher for making a review copy available through NetGalley.  Grade:  B

Lake Serene resort manager, Shaw Chamberlin – having recently left a turbulent career in a big, bustling city – is determined to throw his efforts into overseeing renovating the family’s resort. Parts of his past still haunt him, but he's resolved to try to move forward.

The enigmatic woman Shaw hired to run his snowmobile operation, Haley Walters, is looking to start over. She's competent and opinionated, and seems to be the only person able to draw Shaw out of his own self-scrutiny; she's the only person who makes him feel alive.

When a new remote project has Shaw and Haley working together in close quarters, they allow themselves to explore feelings they've long kept buried. Do these two lonely hearts dare to bare their souls to each other, or are their pasts too near the surface to let them ?

I read this one a month or so ago and forgot to review it at the time.

I enjoyed it but I don't really remember it.  In short, I'm sure it was a pretty typical romance set in Montana in the winter.

It's part of a series and I haven't read any of the others.

I'd like to thank the publisher for making a review copy available via NetGalley.  Grade:  B.
Posted by RAnn at 11:15 PM No comments:

Christmas with an Angel. 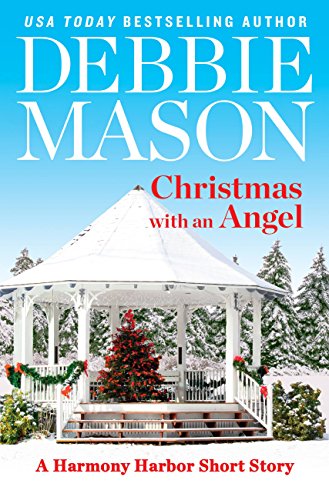 Christmas with an Angel

It's been eight long years since Michael Gallagher has laid eyes on Shay Angel, back when he was a boy from the most prominent family in town and she was a girl from the wrong side of the tracks. But he hadn't cared about their differences - until one bad decision landed her in jail.

That was years ago and now he's back in Harmony Harbor for the holidays. So when Shay goes missing, Michael is intent on finding her - and finding out if their sizzling attraction is still there. But he's now a district attorney, and it looks like Shay is once again on the wrong side of the law.

I recently reviewed Mistletoe Cottage.  Christmas with an Angel is the second story in the series but as noted on the cover, it is a short story, not a full-length novel. I liked both Shay and Michael and though I thought the climax was a bit unrealistic, I enjoyed the fun holiday romance and look forward to the rest of the series.

Thanks to the publisher for providing a review copy via NetGalley.    Grade:  B.
Posted by RAnn at 1:30 AM No comments: