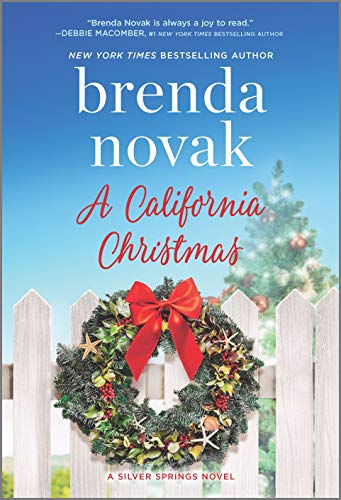 Up-and-coming TV anchor Emery Bliss can’t imagine anything more humiliating than the sex tape her ex revenge-posted online. That is, until it causes her to lose her job on top of her self-esteem. Seeking solace—and anonymity—in Silver Springs, Emery isn’t looking to get involved with another man any time soon. But when she’s thrown back into contact with Dallas Turner, she sees something that his many detractors have missed.
Read more »
Posted by RAnn at 5:00 PM No comments: 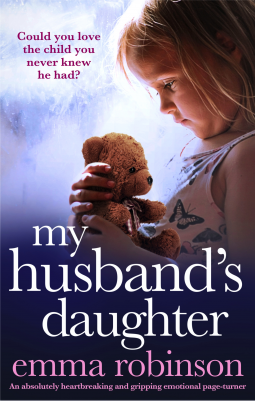 Cara took a deep breath and let it out slowly. ‘She’s not just my daughter,’ she said as she turned in her seat to face Jack. This man she had once loved, but who she hadn’t seen for nearly five years. ‘Sophie is your daughter too.’
It is past ten o’clock on a cold Friday night when Rebecca and her husband Jack’s doorbell rings. Outside is a woman who introduces herself as Jack’s ex-girlfriend Cara. And she’s holding the hand of a shivering, blue-eyed, four-year-old girl. Who she claims is Jack’s daughter.
Rebecca is shocked to discover he has a child from his last relationship – even one he hadn’t known about. Because becoming parents isn’t part of their life plan. They like children, but they also love their freedom and spending time together uninterrupted; the way that, if they wanted to, they could travel the world at a moment’s notice.
But Cara needs them. Because Cara has a devastating secret that she can’t tell anyone yet. Not even her daughter. A secret with the power to change all of their lives.
A secret that will ultimately mean Rebecca has to ask herself – could she find it in herself to welcome her husband’s child into her home, and into her heart?

Even if you love dessert, a diet of nothing but dessert (besides being unhealthy) gets overwhelming and even the sweet addict wants something else.  Even when you prefer books to come with happily ever after guaranteed, sometimes one that makes you cry can be a nice contrast.  My reading lately has tended toward mindless romance novels but just like after eating too many of my own desserts at Christmas I wanted some flavor other than sweet. On my last trip through NetGalley's offerings, I went looking for a book that went in another direction and came upon this gem.

One by-product of the sexual revolution has been a large increase in children born out of wedlock.  While some of these children know and have relationships with both parents, plenty do not.  Sophia has never met her father until the day that she and her mother Cara descend upon Jack's doorstep.

It is clear that Cara and Jack have lived different lives.  She's a single mom who is devoted to her daughter.  She lives in low-income apartment and has a low-income job.  Jack and his wife have decided to never have children.  They want to be free to do the adult things in life when they want to do them.  They have a nice home and plenty of disposable income.

What would you do if someone showed up on your doorstep with a child they claimed was your spouse's, especially if the child was well past infancy?  There is never any suggestion that Jack has been unfaithful to Rebecca--this was clearly something that happened before they were together.  However, as Rebecca notes, if she had known Jack had a child, she would have never gotten involved with him.

The relationships between the affected adults, along with the relationship with the child would make an interesting story in almost any case, but Cara's secret (which is revealed pretty early in the story) adds another dimension, and of course there is a monkey wrench thrown into the works as well.  By the end of the book I was both smiling and crying and I'm sure that was Emma Robinson's goal.

I'd like to thank the publisher for making a review copy available via NetGalley.  Grade B+

Giveaway and Author Interview: Prince of Typgar: Nujran and the Corpse in the Quadrangle! 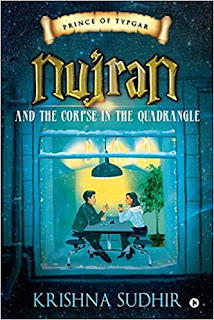 Since this book is set on a college campus, to win a copy of the book, leave a comment with the name of your favorite college or university.  Winner will be selected by random draw on October  30, 2020.

Email ThisBlogThis!Share to TwitterShare to FacebookShare to Pinterest
Labels: Giveaway, Krishna Sudhir, Rujran and the Corpse in the Quadrangle 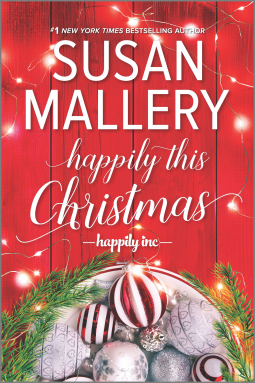 Wynn Beauchene has a thriving business, a great kid and a mildly embarrassing crush on the guy next door—local cop Garrick McCabe. She’s a strong, independent woman who can’t help dreaming what-if about a man she barely knows. Until he needs her help…
Garrick’s pregnant daughter will be home for Christmas, and his house needs a woman’s touch. Garrick and his little girl were tight once and he’s hoping a small-town Christmas will bring her back to him. But thawing his daughter’s frosty attitude will take more than a few twinkle lights. Maybe sharing the holiday with Wynn and her son will remind her of the joy of family.
As the season works its magic on these wounded souls, Wynn realizes it’s time to stop punishing herself for a painful secret, while Garrick remains haunted by the ghosts of past mistakes. Will he allow Wynn to open the only gift she truly wants—his heart?

When I went to Amazon to grab the "About the Book" copy, I noted that this was book six in the series.  I haven't read any of the others, but honestly, I wondered if Happily This Christmas was part of a series, because like much series fiction it had a lot of characters who seemed to get too much attention in the book for very little reason.  Susan Mallery took time to catch readers up with what happened in the lives of characters from other books, one of whom happens to be the ex-boyfriend of Wynn, the heroine of Happily This Christmas.
As noted in the blurb above, Wynn, Garrick and Garrick's daughter all need to let go of past pain to open themselves to the joy of the season, and, of course, love.
I likes Garrick and Wynn and enjoyed seeing them get to know each other.  I loved Garrick's relationship with his daughter and how he was able to get his little girl back.
Yes, its a Christmas romance.  Yes, everyone lives happily ever after.  You didn't expect anything different, did you?
I'd like to thank the publisher for making a review copy available via NetGalley.  Grade:  B.
Posted by RAnn at 12:16 AM No comments: