The Way Back to You: My Review 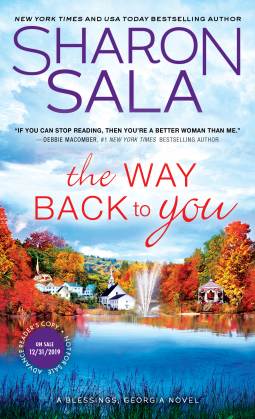 The Way Back to You

Sully Raines sets out to find his birth mother, and ends up in Blessings, Georgia. A new surprise awaits him here, but of the best kind—his childhood sweetheart, whom he hasn't seen since she moved away when they were teens, is living in Blessings now. He's not sure she's as happy to see him as he is to see her, but it's been a lot of years, and a lot of water under the bridge...

Sully's heartfelt search for answers about his past might just turn out to be the key to his future...

This is Book 9 in the Blessings Georgia series.  In case you couldn't guess, Blessings is an imaginary small town where everyone knows each other, and most of the people genuinely love and care for on another.  It is a picture postcard place, and of course, it doesn't really exist.

I read another book in the series a few years ago, Saving Jake, and while I enjoyed it, I noted that the ending was very unrealistic.  I have to say the same about The Way to You.

I liked Sully, and found the opening scenes heartwarming and as realistic as your average romance novel gets.  However, between a psychic, an escaped prisoner, and a family conversation that happened at just the right time (about a 45 year old event), the resolution just didn't ring true.

As noted, this is book 9 in the series.  There were several scenes and characters who seemed to have little connection to the story.  I'm not sure if Sala was setting up her next story or catching up readers who were in the know about some of them, though there were comments that definitely referenced prior stories in the series.  While knowing some of the characters better may have added some richness to this story, it was not one where lack of backstory knowledge left you scratching your head.

I'd like to thank the publishers for making this book available via NetGalley.  Grade:  B-

Email ThisBlogThis!Share to TwitterShare to FacebookShare to Pinterest
Labels: 2019 Book Reviews, Grade B-, NetGalley, Sharon Sala, The Way Back to You 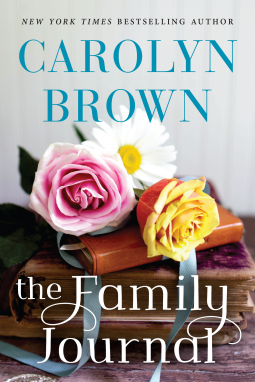 At the end of her rope, single mom Lily Anderson is determined to move her rebellious children in the right direction. That means taking away their cell phones, tablets, and computers—at least temporarily—and moving to the house where Lily grew up in the rural town of Comfort, Texas. But Lily has a bigger challenge than two sulking kids.

The house comes with Mack Cooper, high school teacher and handsome longtime renter. The arrangement: just housemates. But Mack’s devoted attention to the kids starts to warm Lily’s resistant heart. Then Lily finds an old leather-bound book in which five generations of her female ancestors shared their struggles and dreams. To Lily, it’s a bracing reminder about the importance of family…and love.

Now it’s time for Lily to add an adventurous new chapter to the cherished family journal—by embracing a fresh start and taking a chance on a man who could make her house a home.

I've heard it said that there is nothing new under the sun, and while I don't quite agree with that, people fundamentally haven't changed, so when Lily finds the journal it isn't a surprise that the feelings expressed by her foremothers aren't all that different from what she has experienced.  The times are different, as are the challenges, but when it comes down to it, women by and large are concerned about their children and want to be loved by their husbands.

Lily needs a new start but rather than striking out to a new city, she returns to her hometown.  While her parents are deceased, her childhood friends are still there and they welcome her home.

In some ways things go too well--these problem children adapt well to small town life, make new friends and don't get into trouble any more.  Mack's relationship with her children is one of the things that attracts Lily to him.  Romance novels are supposed to end up with everything neatly tied up with a bow, and this one certainly did, probably too much so, but I'd much rather be smiling at the end the book than crying .

Thanks to the publisher for providing a review copy of this book via NetGalley. Grade:  B.

If you are a Kindle Unlimited member, this book is available via that subscription.
Posted by RAnn at 1:22 PM No comments: 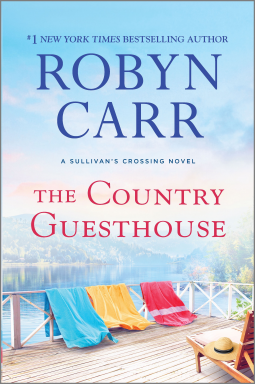 Hannah Russell’s carefully crafted plans for her life have been upended without warning. When her best friend died suddenly, Hannah became guardian to a five-year-old named Noah. With no experience at motherhood, she’s terrified she’s not up to the challenge. She and Noah need time to get to know each other, so she decides to rent a country house with stunning views on a lake in rural Colorado.

When they arrive at the house, they are greeted by the owner, a handsome man who promises to stay out of their way. But his clumsy Great Dane, Romeo, has other ideas and Noah immediately bonds with the lovable dog. As Hannah learns to become a mother, Owen Abrams, who is recovering from his own grief, can’t help but be drawn out of his solitude by his guests.

But life throws more challenges at this unlikely trio and they are tested in ways they never thought possible. All three will discover their strengths and, despite their differences, they will fight to become a family. And the people of Sullivan’s Crossing will rally around them to offer all of the support they need.

I love happy endings and this book has one, which given the author, is no surprise.  No, the book wasn't realistic.  Hannah has next to no trouble with Noah, and, of course, she and Owen grow closer throughout the summer.  Still, I liked the way Hannah was able to take a look at what she liked about her life, and what she didn't and how she decided to change the things she did not like.

There is a "bad guy" subplot that honestly just never made sense and the resolution of it was about as unrealistic as the rest of the subplot.  Carr writes better romance than suspense.

I'd like to thank the publisher for providing a review copy via NetGalley.  Grade: B.

Christmas in Silver Springs: My Review 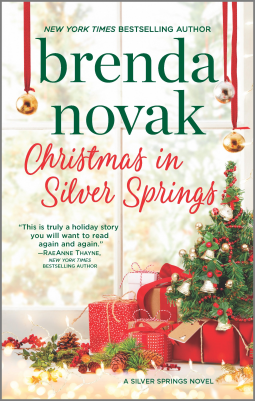 So much for forever. When Harper Devlin’s rock star husband ditches her on his way to the top, she takes her two daughters to her sister’s place in Silver Springs for the holidays, hoping family can heal her broken heart. But comfort comes in unexpected places when she crosses paths with local Tobias Richardson.

The moment Tobias spots Harper, he recognizes a sadness he knows all too well. After spending thirteen years in prison paying for his regretful past, Tobias is ready to make amends, and maybe helping Harper is the way to do it. But offering her a shoulder to cry on ignites a powerful attraction and a desire neither saw coming.

Fearing her reaction, Tobias doesn’t reveal his checkered past. He’s falling hard, and if Harper finds out, he’ll lose her for good, especially because her famous ex is now trying to win her back. Secrets have a way of coming out, but maybe this Christmas will bring Tobias the forgiveness—and the love—he deserves.

Fans of Novak's other Silver Springs books will enjoy this Christmastime treat.  Both Tobias and Harper are starting over. Tobias spent his young adult years in prison as a result of an accidental shooting while high on drugs.  His pre-prison life left a lot to be desired, and he is doing his best to make a new life for himself, and as we all know, for someone with a prison record, that's hard.  Harper's life was great--married to a guy she loved, who just happened to be a wealthy and famous musician--until he dumps her and their children for greener pastures.

Of course, as a Christmas romance, we know the ending is going to be happy, but not with a bump or two from the famous ex, and from the landlord's son who seems to be heading to the place Tobias just left.

The themes of forgiveness and atonement are also here, carried over from the previous book in the series and I liked the way they played out.

While certainly no literary classic (but you knew that looking at the cover) this was an enjoyable way to spend an afternoon. Grade:  B.

Thanks to the publisher for making a review copy available via NetGalley
Posted by RAnn at 11:08 PM No comments: