Discovering You: My Review 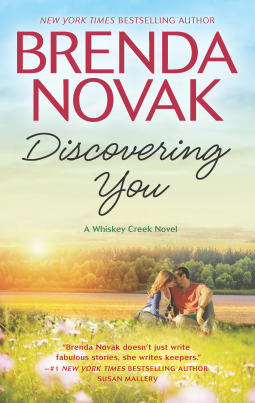 Can she ever trust another "bad boy"?

India Sommers once had the perfect family—until an ex-boyfriend broke in and shot her husband. Not only did that cost her the man she loved, a respected heart surgeon and the father of her child, but she also feels responsible. Charlie died because of the people she hung out with before she had the strength to change her life.

Just after moving to Whiskey Creek with her little girl, Cassia, to start over, she's learned that her ex-boyfriend's trial ended in a hung jury. He's getting out of jail; he could try to find her again. And that's not all that scares her. She's extremely attracted to her next-door neighbor, but Rod Amos is the handsome "bad boy" type that's given her so much trouble in the past. If she got involved with him, her in-laws would sue for custody of Cassia.

India has to keep her distance from Rod—but the more she gets to know him, the more difficult that becomes.

While this book was a bit on the unbelieveable side, I enjoyed getting to know India and Rod.  As a strictly goody-two shoes white collar type I've been known to judge those who don't fit the corporate image and Rod found himself be the victim of such judgments, while deep inside he was a sweetheart just waiting for someone who could appreciate him.

India has just lost her husband, and is afraid of losing her daughter, who is visiting her in-laws during most of the book. They have money and influence and she has nothing--but Rod convinces her to stand up for herself.

As expected the book has a HEA and I hope to visit Whiskey Creek again soon.

Thanks to the publisher for providing a complimentary review copy via NetGalley.  Grade:  B
Posted by RAnn at 4:08 PM