Until You Loved Me: My Review 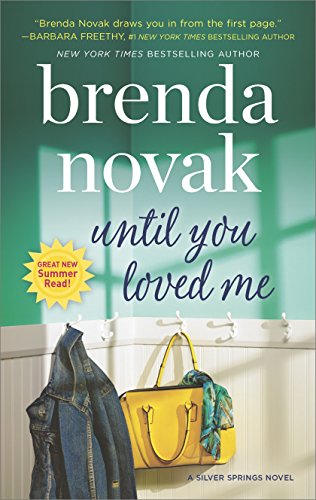 Until You Loved Me

After catching her fiancee cheating—with another man—usually straitlaced, workaholic scientist Ellie Fisher liberates her wild side just long enough to indulge in a passionate one-night stand with a tall, dark stranger she meets at a trendy Miami bar. Embarrassed by her recklessness, she ducks out the following morning without learning the guy's full name, something that shouldn't have been a problem…until a pregnancy test turns positive.

Being a professional football player, Hudson King has always been cautious around women. But this one had been different—so disinterested in his celebrity, so convincingly into him. When Ellie tracks him down, claiming she's carrying his baby, he's stunned. And more than a little betrayed.

But after growing up as an orphan, he'll do anything to stay involved in his child's life, so he urges Ellie to move to Silver Springs, where they can co-parent. Hudson has a lot of love to give, certainly enough for his child, and when their initial spark reignites, perhaps for Ellie, too…

I loved Ellie.  She wants what so many people want--to be loved and to have a family.  She was smart but a little socially lacking.  When her fiancee paid attention to her, she was thrilled, and thought the lack of bedroom action was based on morality rather than on sexual attraction.  They had talked about having children and she was looking forward to being a bride and a mom until she caught him in bed with a male friend.  Amazingly, he still wanted to go forward with the wedding and with having a child, which his boyfriend and he would help raise.

Not long thereafter, she becomes pregnant via a one-night stand.  She feels like she should tell the father--the only problem is that she has no clue who he is, until she sees him on television and realizes he is a famous athlete.  Once Hudson knows she is carrying his baby, he wants her where he can take care of her and the baby, so he moves her into his house, and of course it isn't long before she is in his bed.

Both Ellie and Hudson are afraid to get hurt; both have walls up, though Ellie's come down more easily.  It was fun watching them get to know each other in a non-Biblical sense and sure enough, they decided they liked each other.

I'd like to thank the publisher for making a review copy available via NetGalley.  Grade:  B.
Posted by RAnn at 10:59 PM

Email ThisBlogThis!Share to TwitterShare to FacebookShare to Pinterest
Labels: 2017 Book Review, Brenda Novak, Grade: B, NetGalley, Until You Loved Me