How to Pay for College Without Massive Debt 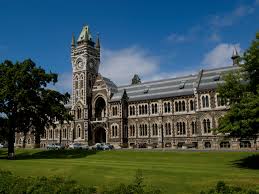 Every day it seems I am seeing yet another article about poor young adults who are drowning in student loan debt. That debt, they complain, is keeping them from achieving the American Dream. It keeps them living with Mom and Dad, it keeps them from taking jobs they want, it keeps them from having kids. As the mother of a soon-to be college freshman I'd like to offer the following advice to her and to her classmates, so they don't end up like those poor misguided souls about whom all those articles are written.

Rule Number One:  If you can't afford it,  don't buy it.  That's a rule that not only applies to college but to most things in life.  Just because other people have it doesn't mean you have to have it too.  Now, I'm not saying that you shouldn't go to college; simply that if you can't afford your choice of schools without loans, then it may be time to pick a different school.

Rule Number Two:  Life isn't fair. Get over it.  I know that your friend is going to school xyz and her dad is paying all the bills.  I understand that you'd love to go to xyz too but your parents can't afford to pay for it.  Yes, you could get a loan, but when you finished school, you would be in debt and the whole idea is not to be, right?

Rule Number Three:  Aim low.  I know, you've always been told to reach for the stars.  You are top student with great extra-curricular and leadership activities.   You've volunteered throughout high school and had a job during the summer.  Your ACT score is over 30.  You have what it takes to get into a great school, the kind that charge upwards of $30,000/year for tuition.  You also have what it takes to get into any number of universities in your state, universities that  would consider you a real catch rather than just the average student on their campus.  Many of those schools have honors programs where you would be surrounded by other bright motivated students.  Many of those schools have generous scholarship programs to motivate students who would not otherwise consider the school to attend. In Louisiana our major state school is LSU.  From talking to other parents it sounds like few freshman receive academic scholarships other than the TOPS award from the state.  However, LSU is the school "everyone" wants to attend.  The smaller schools in the state all offer a few thousand a year in scholarships to superior students, money that is on top of the state award that  pays tuition.  It also appears to me that less "name" private schools use their scholarship aid packages to compete for students who could choose "better" schools.  So, even if you think you stand a chance of being admitted to Harvard, apply to a range of types of schools, including smaller state schools.

Rule Number Four:  Go ahead and dream, but make sure the dream doesn't turn out to be a nightmare.  Many private schools will tell you to go ahead and apply; that money shouldn't determine whether you apply.  They promise financial aid is available to meet need.  What they don't mention up front is that the aid is often in the form of loans.  So, go ahead and apply, see what is offered, but don't let your heart become set on a school until you see if you really can afford it.

Rule Number Five:  Consider your goals when choosing a school.  If you want to be an elementary school teacher, paying big money for a degree that can be obtained at any state university doesn't make cents (misspelling intentional).  If you aspire toward a financial career on Wall Street, attending the "right" school can be a real asset (even if you don't  know anything more about finance than the state university graduate).  While an engineering degree will allow you to comfortably make student loan payments to cover the cost of a dream school, a social work degree  probably won't.  It is also possible that the specialized private art college has a better track record of obtaining lucrative employment for its graduates than the less expensive school does.  That proprietary school that will train you to be a legal assistant in only two years for $30,000 per year probably isn't a good idea, considering the average wage of legal assistants.  Ask the schools for placement/salary data on recent graduates and if you know people in the industry/location in which you want to work, ask them whether your planned school is a good idea.

Rule Number Six:  Remember you are going to have to get a job when school is done, and plan your studies accordingly.  It seems to me that those screaming the loudest about student loan payments are liberal arts majors from expensive schools.  I'm really thrilled they got to spend four  years studying gender constructs in film or some other such foolishness,  but why should I hire them?  What can they do for me?  I have no problem with you majoring in history,but make sure you have some business courses or education courses to go with it.  I realize you haven't started college yet, and that lots of folks change career paths along the way, but by the time you are picking classes your junior year you should keep in mind the question "What can I offer an employer?" Also, keep in mind all your life goals when selecting a major.  If you don't want to move more than 100 miles from Mom and Dad, don't pick a major that focuses on an industry based across the country.

Rule Number Seven:  There is more than one way to skin a cat.  Yes, I know, you want the four  year residential experience on the idyllic campus with the great professors, top athletic program and extra-curricular activities to add breadth and depth to your experience.  But back to Rule Number One and Rule Number Two. You can get a college degree, one that will prepare you for just about any employment, by starting at your local community college while living with your parents and holding down a part-time job.  You can then transfer to the four year college of choice.  You can join the military and use their college aid program (once this sequestration nonsense has been worked out).  You can work while attending college.  I'll be the first to say I'm glad that I did not have use this approach.  I'll be the first to say I'm glad my daughter will not have to do this. However, as I said in Rule Number Two, life isn't fair.  With few exceptions, people who have large student loans have those loans because they bought an education they couldn't afford when there were less expensive alternatives.

So, is a college education worth the cost?  Statistically, the answer is yes.  Statistically, overall, people with college degrees make more money than those without them.  Individually, the answer is often yes--yes, the college degree prepares you for a better job, the college experience introduces you to people and ideas that make you a better person and enrich your life long after those four  years are done.  However, an expensive degree in a subject that does not have a clear path to a high-paying job is not a good financial investment and  if you are going to borrow money for college, it needs to be considered, to some extent, a financial investment.