What Should a Christian Do? 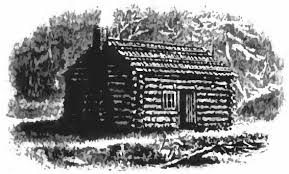 Oh, for the good old days when prayers were said in public school and everyone went to church on Sunday and Christian ethics and morals were enshrined in the law of the land.  Everything was perfect then and now it is so messed up.  Of course in those days we had the robber baron wealthy, racial, ethnic and religious bigotry, slavery,  and women had few legal rights.  Maybe things weren't so perfect, but compared to the way they are now?

What should a Christian do in today's world?  The big news when I started this post was that a Kentucky Clerk of Court was in jail for refusing to issue marriage licenses to gay couples.  For the sake of this discussion, no matter what your opinion is on gay marriage, let's assume that this clerk honestly believes what many people do today, and what even more believed fifty years ago--that homosexual activity (and thus gay marriage) is against God's will for humans.

What is the morally correct course of action for her?  Should she cooperate in issuing the licenses, because the Supreme Court  has said that the people have a right to marry whomever they please, no matter the gender? Should she resign quietly and go away? That way she does not cooperate in evil directly, but in resigning she knows that her replacement will cooperate in evil.  Or should she stand up and say, by going to jail if necessary, that this is wrong?

To haul out a tired example, what should the private who was assigned to Auschwitz have done?  He could have gleefully joined in the slaughter, a choice that clearly would have been evil. He could have just done his job, not going out of his way to be cruel, but accepting that this was a facility for killing Jews and since he was sent here, he just needed to do his job.  Of course without all the minions running the facilities, the higher-ups who set the policy would not have been able to carry it out.  He could have just resigned, gone to the CO and asked for a transfer elsewhere and his personal resignation would have made no difference in the killing machine.  He could have spoken out publically against the facility, this ensuring that he would meet a similar end as most of its inmates, and probably not saved any Jews in the process, just as I doubt that Clerk's stand stopped any marriage.  But what is the right thing to do?

I saw an article online recently about a young woman who, with the help of the ACLU, challenged a Catholic hospital's policy forbidding sterilization.  Her basic argument was that there was no other hospital close to home, and that a post-cesarean tubal ligation was the most practical form of birth control for her at that point in her life.  She wasn't Catholic and saw no reason that the Catholic church should interfere in such a personal choice.

This brings up the question of whether we are, or should be, able to practice our religion in the public market.  Does a drugstore have to carry contraception?  What if it is the only drugstore in town?  Does the pharmacist have to dispense it?  Members of the Church of Jesus Christ of Latter Day Saints believe drinking coffee is wrong.  If they own the only grocery store in town, are they obligated to carry coffee?  Hobby Lobby is closed on Sunday due to the owner's religious beliefs.  Maybe that's the only day of the week that I'm off--or maybe I'm Jewish or Muslim, and see Sunday in the way that churchgoing Christians see Saturday. Are they interfering with my ability to buy craft supplies?  Should a Muslim or Jewish-owned store be required to carry pork products, especially if there is no other store within a certain distance?

It is easy enough to say "If you believe it is wrong, don't do it", but I saw something online once where a woman was complaining that she took the morning off from work and walked into an urgent care/walk-in doctor's office.  She did not have an appointment and I don't remember if she had been there before.   She wanted birth control pills, but when she got to the front desk, before she could sign in, before she paid any money, she saw a sign stating that the doctor on duty, for moral/religious reasons,  would not prescribe contraception or refer her to someone who would.  She thought this doctor was interfering with her rights and most of the commenters agreed.  Had she paid her money for an exam, only to find out that the doctor would not provide the care she was seeking, not because of some reason particular to her (say high blood pressure or a family history of blood clots) but because of the doctor's moral beliefs, I think she would be justified in her anger.  She wanted a service that is customarily given at women's check-ups.  Since the doctor was not willing to provide that customary service, notice was given to potential patients BEFORE payment was made.

Most Americans, indeed most (I think all) civilized people believe female genital mutilation is wrong.  What if parents who do believe in it approach a doctor and ask to have it done under anesthesia with sanitary tools?  What is the difference between this, and a doctor or hospital that thinks birth control is wrong refusing to cooperate with those who want it?  Or, if you want to take the issue of consent out of the equation, let's say it is an adult woman who wants her genitals mutilated before her wedding?  I doubt they'd find an American doctor or hospital who'd perform such a procedure, because, despite the beliefs of the requestor(s), Americans think FGM is wrong.  Should they impose that belief on others?

For better or for worse (and I think it is some of each) our society is becoming more pluralistic.  More and more of our neighbors disagree with us (and each other) about what is moral, what is not, what is good, what is bad and what is my right.  How do we respect each other's beliefs and give people the ability to act in accordance with their beliefs without denying others the same right?
Posted by RAnn at 11:18 PM