Review: The Art of Keeping Secrets 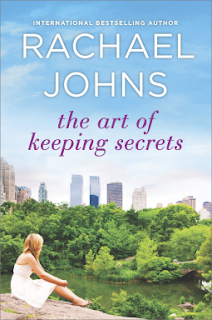 The Art of Keeping Secrets

They started out as the "misfit moms"—the trio of less-than-conventional parents at their sons' tony private school. They've shared everything. Or so they thought. Now, on a once-in-a-lifetime trip to New York City, they'll sightsee, they'll shop, they'll catch a few Broadway shows. They'll tell all…

After seventeen years as a single parent, Neve will reveal a past sin that could destroy her relationship with her son. Emma will uncover the roots of her exhaustion and divulge the inappropriate feelings she has for her boss. And Flick—who knows a little about crafting a flawless exterior—will share the shocking truth that lies beneath the veneer of her perfect marriage.

When the tight hold they've each kept on their secrets for years begins to slip, they must face the truth. Even if the truth will forever alter the course of their friendship and their lives.

Three women, three big secrets (ok, maybe two big secrets and one thing where no one realized what was happening).  Emma, Flick and Neve live in Australia and send their sons to the same private school.  They've never fit in with the other moms, but they have become the best of friends.  Now their sons are graduating and each is finding that life as she knows it will be undergoing more changes than the predicted empty nest.

The biggest secret of all is Flick's, well, actually her husband's.  She learned while they were engaged that he was a cross-dresser, but they agreed it would be their secret.  Now, he has come out to her as transgendered but he (she?) doesn't want to lose Flick.  Flick is torn--she's not a lesbian, she loves her husband, but she doesn't want a wife.  What will she do?

None of these women have the traditional picket fence marriage--at the time of this story, Flick is the only one who is married--and the story is an interesting exploration of what marriage is and should be.

I enjoyed the book but I can't say that any of the women particularly appealed to me--I felt sorry for all of them at different times in the book, but I was always the dispassionate observer, I was never emotionally drawn into the book.

I'd like to thank the publisher for making a review copy available via NetGalley.  Grade: B.