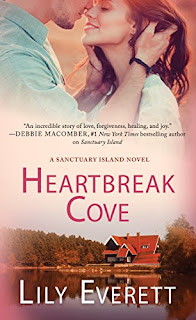 Sheriff Andie Shepard may be new to Sanctuary Island but, like everyone else who comes here, she's already fallen under its healing spell. Andie is determined to leave her mistakes behind her and make this scenic haven her home. But she just might have to change her plans—as well as open her heart—when an unexpected visitor shows up on her doorstep…

Caitlin is the ten-year-old niece Andie never knew she had. Silent, wary, and shy as can be, Caitlin only responds to the horses that run wild across the island. Andie has no idea how to deal with Caitlin—until Sam Brennan enters the picture. A tall, handsome loner who rehabilitates abused horses, Sam is able to help Caitlin break out of her shell. But that's not all: He finds a way to touch something deep in Andie's heart, opening her up to the healing power of love. Together, these three lost souls must face the darkness in their past to build a brighter future. Because here, on Sanctuary Island, anything is possible… 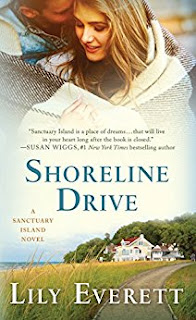 Dr. Ben Faulkner is a veterinarian on warm, welcoming Sanctuary Island, a refuge for wild horses. Though he's dedicated his life to healing animals and rescuing the ones no one wants, Ben is nursing deep wounds of his own. After tragedy tore his family apart, he gave up his dreams of finding happiness long ago…until Merry Preston arrives on the island. Vivacious, friendly, and instantly loveable, Merry is everything Ben is not. She's also nine months pregnant and attempting to carve out a new life for herself and her unborn child.


Though Ben tries to keep his distance, when a raging storm cuts them off from the mainland, he's forced to help bring her new baby into the world. It's a harrowing experience that leaves him with one great certainty: I want these two to be my family. Seeing his opportunity, he makes a dramatic proposal to the young mother: a marriage of convenience. If Merry marries him, he'll draw up a contract naming her son as his heir and promising to provide for them both. But as they'll learn, love is more than a business proposition…and it'll take all the magic hidden in Sanctuary Island to turn Ben's proposal into something real and lasting.

Ok, maybe they weren't all that realistic, but they were fun reads.

I bought them with a gift certificate from a friend.  Grade:  B.
Posted by RAnn at 11:41 PM