Review: The Ones We Choose 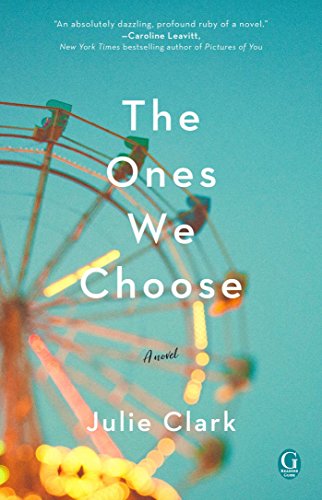 The Ones We Choose

Lisa Genova meets 23andMe in this exploration of the genetic and emotional ties that bind, as debut author Julie Clark delivers a compelling read about a young boy desperate to find his place in this world, a mother coming to terms with her own past, and the healing power of forgiveness.

The powerful forces of science and family collide when geneticist Paige Robson finds her world in upheaval: Her eight-year-old son Miles is struggling to fit in at his new school and begins asking questions about his biological father that Paige can’t answer—until fate thrusts the anonymous donor she used into their lives.

Paige’s carefully constructed life begins to unravel as the truth of Miles’s paternity threatens to destroy everything she has grown to cherish. As Paige slowly opens herself up—by befriending an eccentric mother, confronting her own deeply buried vulnerabilities, and trying to make sense of her absent father’s unexpected return—she realizes breakthroughs aren’t only for the lab. But when tragedy strikes, Paige must face the consequences of sharing a secret only she knows.

With grace and humor, Julie Clark shows that while the science is fascinating, solving these intimate mysteries of who we are and where we come from unleashes emotions more complex than the strands of DNA that shape us.

I'm Catholic and the Catholic Church has a reputation for being unfeeling and unrealistic when it comes to matters of family planning.  Basically the Catholic Church teaches that sex, marriage and babies go together--and that to have one while purposefully blocking the others is wrong.  No marriage without sex, no sex without marriage, no sex that doesn't allow the possibility of a baby (no, sex isn't limited to fertile people or fertile times in life, but you can't use artificial birth control to cut out the possibility of a child nor can you engage in sexual behavior that is by design, infertile such as homosexual or auto-erotic acts)and no babies without marriage or without sex (even if having sex doesn't result in a baby).  While sometimes those teachings can be hard to live up to and even seem needlessly cruel, The Ones We Choose is Exhibit "A" on their wisdom.

Paige wanted a baby, but not a husband,so she got pregnant via a sperm donor.  She sees no reason her son should know or want to know anything about the sperm donor but of course, her son doesn't see it that way.

As fate would have it, Paige had reason to believe she knew who the donor was and had reason to want to confirm it so she broke the ethical rules of her own lab to find out if her suspicions were correct.

During the book Paige was seeing a man who loved her and (of course) was sleeping with her (no graphic scenes).  He wasn't happy with that status quo, but she was--she didn't want him too close.

For pretty much the whole book Paige does what Paige thinks is best for Paige, what meets Paige's supposed needs and wants without considering the effect those actions have on others.  Nope, I didn't like Paige at all and that I'm sure colored my opinion of the book.

Actually, it was a well-written story with characters you really felt you knew when the story was over; the problem for me was rooting for Paige and not wanting to shake my "I told you so" finger in her face.  It's hard to rate a book that I have to admit was well-done, but which is about a woman whose life values are so different from my own.  I guess I'll give the book a B.
Posted by RAnn at 10:35 PM

Email ThisBlogThis!Share to TwitterShare to FacebookShare to Pinterest
Labels: 2018 Book Review, Grade: B, Julie Clark, NetGalley, The Ones We Choose