When We Found Home 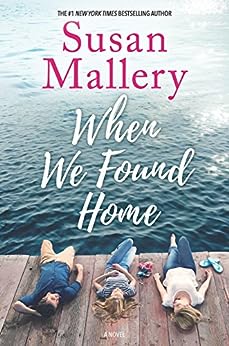 When We Found Home

Life is meant to be savored, but that’s not easy with no family, limited prospects and a past you’d rather not talk about. Still, Callie Smith doesn’t know how to feel when she discovers she has a brother and a sister—Malcolm, who grew up with affection, wealth and privilege, and Keira, a streetwise twelve-year-old. Callie doesn’t love being alone, but at least it’s safe. Despite her trepidation, she moves into the grand family home with her siblings and grandfather on the shores of Lake Washington, hoping just maybe this will be the start of a whole new life.

But starting over can be messy. Callie and Keira fit in with each other, but not with their posh new lifestyle, leaving Malcolm feeling like the odd man out in his own home. He was clever enough to turn a sleepy Seattle mail-order food catalog into an online gourmet powerhouse, yet he can’t figure out how to help his new sisters feel secure. Becoming a family will take patience, humor, a little bit of wine and a whole lot of love. But love isn’t Malcolm’s strong suit…until a beautiful barista teaches him that an open heart, like the family table, can always make room for more.

Susan Mallery's books are generally hit or miss for me--and there have been plenty of misses--but this one was a hit.  Callie, Malcolm and Keira are all the children of single mothers, and all the children of a single man who left those mothers.  Malcolm learned about his father when he was young--he and his mom moved in with his grandfather shortly before his mother died.  The girls never knew their father, and their grandfather learned about them while going through his late son's papers.  The grandfather hunted down these two girls (whose mothers had both died) and brings them home to the family mansion, giving them a lifestyle unlike any they had previously lived.

Rags to riches stories are always fun and this one was no exception.  Keira had been in foster care, and before that, with a mother who really wasn't there for her.  Callie got in with the wrong crowd in high school and instead of going to graduation she ended up in prison.  She had been out for a while when her grandfather found her, but like many ex-cons was having a rough time of it.  Now they are living in the lap of luxury and having a hard time adjusting to it.

The strength of this book is the characters--the grandfather who wants to know his grandkids, even if his son didn't want them.  The ex-con whose heart has been hardened, only to have it softened by a girl who needs love.  The girl who was taken out of foster care and given a suite of rooms, an allowance and a private school education.  The young man who knows how to grow a company, but needs help in matters of the heart.