I missed last week because I was in New York City with my daughter's Girl Scout troop.  While there, I took a few literary photos I'd like to share. 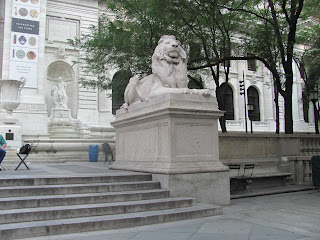 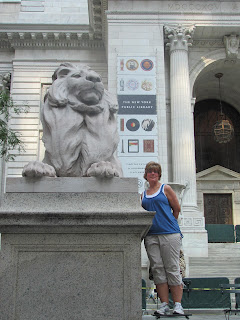 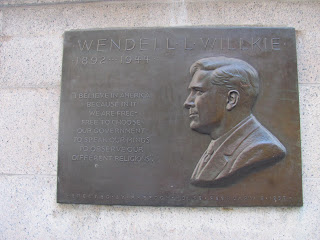 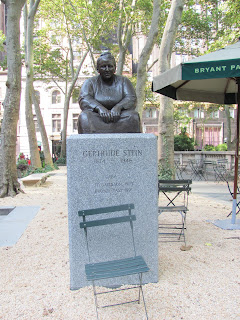 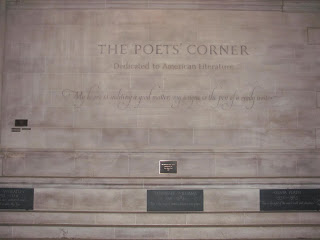 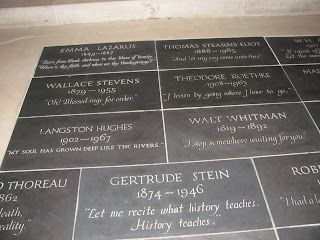 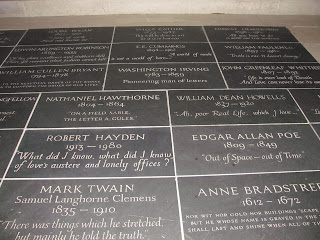 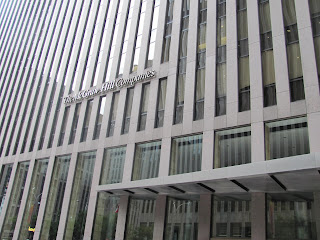 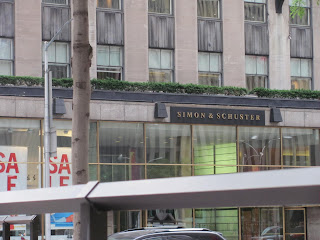 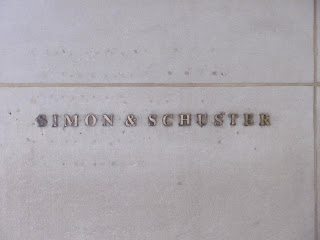 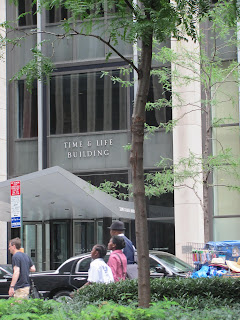 So, what did the postman bring me while I was gone?

Lt. Raymond Novak prefers the pulpit to the cockpit, but at least his stateside job training B-17 pilots allows him the luxury of a personal life. As he courts Helen Carlisle, a young war widow and mother who conceals her pain under a frenzy of volunteer work, the sparks of their romance set a fire that flings them both into peril. After Ray leaves to fly a combat mission at the peak of the air war over Europe, Helen takes a job in a dangerous munitions yard and confronts an even graver menace in her own home. Will they find the courage to face their challenges? And can their young love survive until blue skies return?
For a blog tour.

My review.  The conclusion of the Ada's House series of books, this features a woman who needs to forgive herself, along with one who has to forgive someone else.

While most girls are going to parties, Maggie is busy acting as mother and housewife to her two brothers and father. When she turns 16, Maggie hopes it will be a great year. But then she hears a noise in the woods that takes her on a path that changes her life forever.

They can buy anything they want—fame, power, beauty, even loyalty.But they can’t buy love.The beautiful and wealthy heiress daughters of August Price can buy everything their hearts desire.But what if their desire is to be loved, without an enormous price tag attached? When one sister betrays another for the sake of love, will she find happiness? And what happens when the other setsout across the still untamed frontier to find it—will she discover she’s left it behind in the glamorous world of the New York gilded society? What pricewill each woman pay for being an heiress? Set in the opulent world of the Gilded Age, two women discover that being an heiress just might cost them everything they love.
For review 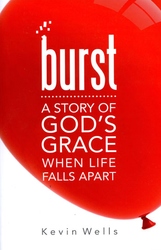 When a vine of vessels in Kevin Wells's brain burst one ordinary evening, his life took an unanticipated turn. The former sports journalist had dealt with infertility, adoption fraud, and the murder of his beloved uncle, Msgr. Tom Wells, but this was a new low. Wells fought back with good humor and persistent faith and offers hard-earned encouragement for those struggling through hard times and looking for a reason to hang on.
KEVIN WELLS is a former sports reporter who last wrote for the Tampa Tribune, where he covered the Tampa Bay Rays baseball team and other sports. Today he is vice president for a three-generation family masonry contracting company. He lives in Crofton, Maryland, with his wife and three children, where he is a freelance writer and active in prison ministry.
For review from The Catholic Company
New from NetGalley:

The people of Cedar Cove know how to celebrate Christmas. Like Grace and Olivia and everyone else, Beth Morehouse expects this Christmas to be one of her best. Her small Christmas-tree farm is prospering, her daughters and her dogs are happy and well, and her new relationship with local vet Ted Reynolds is showing plenty of romantic promise. But...someone recently left a basket filled with puppies on her doorstep, puppies she’s determined to place in good homes. That’s complication number one. And number two is that her daughters Bailey and Sophie have invited their dad, Beth’s ex-husband, Kent, to  Cedar  Cove for  Christmas. The girls  have  visions  of  a  mom-and-dad reunion dancing in their heads. As always in life — and in Cedar Cove — there are surprises, too. More than one family’s going to have a puppy under the tree. More than one scheme will go awry. And more than one romance will have a happy ending!

Dating Matthew O’Brien—a playboy and a younger man—cost Laila Riley her career and her parents’ respect. A high price, even for love—and when Laila decides it was just a fling, she breaks it off , despite Matthew’s objections.
But the O’Brien family has other ideas, and they conspire to get Laila to join them on a Dublin holiday. It’s a great time to get away from it all, but Laila has reservations about the trip. Matthew’s bound to be there, and she’s far from immune. What if she can’t resist temptation?
Meanwhile, the O’Briens are in an uproar over matriarch Nell’s unexpected romance with an old flame. Will she follow her heart despite the risks? And will Laila discover that some risks are actually once-in-a-lifetime
opportunities?

Christmas has never brought out the best in the MacDougal family. Still, year after year, they gather together in the Blue Ridge Mountains to try to make the season merry and bright. But this year is an especially strained one, with Shayne’s impending divorce, Morwenna’s slavish devotion to work and Bobby’s reluctance to face what life has to offer. They’ve never felt less like a family. Then, in the midst of a snowy sibling shouting match, a mysterious stranger appears. He could be a criminal, a madman — or something far more unexpected. Despite their fears and the growing danger in the dark woods around them, the MacDougals take a leap of faith. But when another stranger arrives on the mountainside, they don’t know which of them to believe. One of these men can’t be trusted. And one is about to bring Christmas into their hearts.
What have I read lately?

What reviews have I published since my last Monday Post?

My review.
Other posts:
Two Cathedrals in One Town
I Love Old Churches
Join other book bloggers for Mailbox Monday and It's Monday What Are You Reading.
Posted by RAnn at 9:39 PM