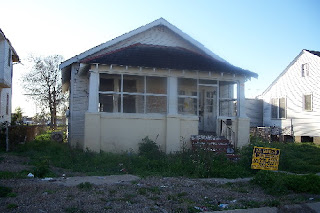 This house in Lakeview doesn't look like much has been done to it since the storm.


You can still see the search markings on the house 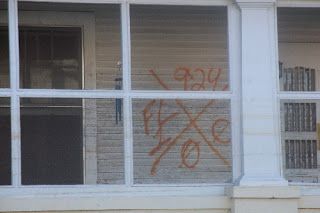 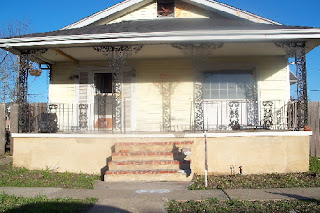 This house is for sale, as are many in the neighborhood. It has been gutted but not fixed. It will probably be torn down.

I drove today to two parts of town. The first was Lakeview. It is an area developed after WWII and it had a lot of relatively small houses occupied by old people. As the old people died, the houses were being bought by young professional families, torn down, and replaced with large new homes. It was one of the wealthiest areas of the city.
Posted by RAnn at 9:11 PM