The Truth about Mardi Gras 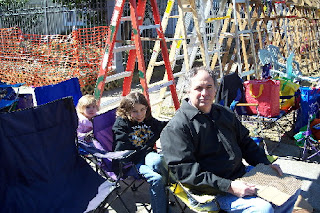 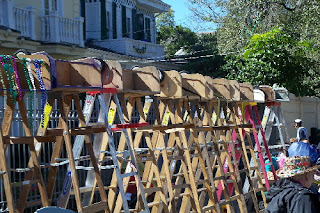 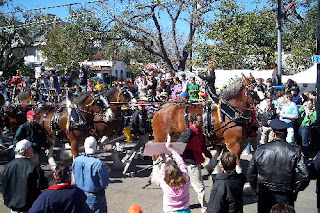 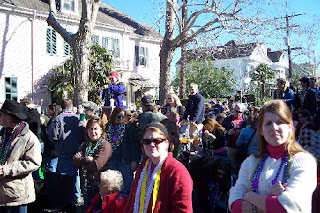 So much of the country has this image of Mardi Gras from MTV. That image consists largely of drunk tourists flashing usually unseen (in public) body parts to others for cheap trinkets. It is followed by gay men dressed in skimpy costumes that one would normally associate with women. While those things are a part of Mardi Gras, for most of us who live in the New Orleans area, Mardi Gras is nothing like that. It is a chance to get together with friends, to spend the day with family. Our parades are centerpieces of the party; not the only reason for being there. People gather hours before the parade, bring their lunches and their drinks (and in some cases their potties as well). It is a giant block party to which the whole city is invited. Yes, there is alcohol, just like there is at most parties; but like at most parties, those responsible for children and driving generally watch what they drink. Kids are perched on top of ladders so they can see, not get stepped on, and be kept under control. Moms and Dad and kids all beg for beads, stuffed toys and doubloons (aluminum coins with the krewe (club that puts on the parade) emblem on one side and parade theme for that year on the other. Some folks boil seafood, others buy pizza from the street vendors, but for the most part, people are friendly, relaxed and enjoying a good time with friends and family--and exposing usually unseen body parts in those areas will bring you unwanted attention from the police, not more beads. Happy Mardi Gras everyone.
Posted by RAnn at 10:12 PM