Mailbox Monday is hosted at Library of Clean Reads this month at and it asks us to list what we got via the mail this week--and ebooks count.  Via snail mail I got: 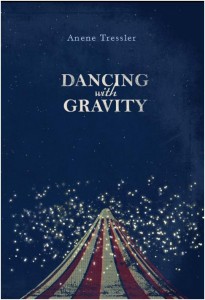 Father Whiting is asleep in his own life. As a St. Louis priest and the head of Pastoral Care at a local teaching hospital, he’s already on edge wondering if he’s up to the job and wondering how far his predecessor’s–and now his–secretary will go to sabotage him. He is fatigued by his mother’s increasingly erratic behavior, fears he is incapable of ministering to an old friend and fellow priest stricken with cancer, and secretly longs to share everything about his confused, mixed-up life with the very attractive Sarah James, the hospital’s head of public relations. When he overhears a heated argument between the Chairman of the Board and the Abbess who runs the hospital, he fears his job will soon be history. Instead, he finds himself tapped to minister to a small Central American circus bequeathed to an order of aging nuns in St. Louis. Through his deepening relationship with Nikolai, the enigmatic trapeze artist, Whiting wakes to his loneliness, realizes he has been living a half-life, and finally finds the courage to be the man he was meant to be.
In Dancing with Gravity, Anene Tressler, an Emmy Award-winning writer, paints an unforgettable portrait of the grand and petty motivations of the human heart.  Her poignant exploration of lost, unrecognized and courageous love will prompt you to consider your own journey toward purpose and fulfillment.

The show American Megastar is the hottest thing on television but its associate producer, Mandalay Florentino, is worried. She's just arrived in the tiny town of Daily, Texas, to arrange a surprise "reunion concert" for hometown finalist Amber Amberson. Only it turns out everyone in town seems to know the secret. And paparazzi are arriving. Word from Hollywood is that Amber has disappeared with a "bad boy" actor. Can anything go right in this tumbleweed town? Imagene Doll loves her town of Daily, Texas, but things are lonely without her beloved husband. Life seems dull. At least until that fancy-dressed woman pulls into town, looking terrified and glamorous all at once. Soon life's not the least bit boring as Imagene and the rest of Daily find themselves at the center of a media maelstrom--with a young girl's future on the line.

NetGalley on the other hand, sent me a bunch:

Miriam Raber enjoys life in her Old Order Amish community, and she is hopeful that Saul Fisher will propose to her soon. But when Saul starts talking about leaving the only world either of them has ever known, Miriam imagines what her life might look like as an Englischer. One thing she knows for certain, she loves Saul and feels he's the one God has chosen for her. But Saul's indecision has come at an inconvenient time as Miriam is noticing advances from Jesse Dienner, a man she went to school with, who is committed to marry and live his life in the Old Order community.

Local Amish schoolteacher Lilly Lapp is tired of weddings, afraid of horses, and immersed in caring for her depressed mother. But when Jacob Wyse, a handsome horse breeder from her small community rescues her from a dangerous accident, Lilly discovers a renewed interest in life and the possibility of love.

Olivia Stewart's family is one of the Four Hundred-the highest echelon of society in 1910. When her sister dies under mysterious circumstances, Olivia leaves their New York City home for Mercy Falls, California, to determine what befell Eleanor. She suspects Harrison Bennett, the man Eleanor planned to marry. But the more Olivia gets to know him, the more she doubts his guilt-and the more she is drawn to him herself.

When several attempts are made on her life, Olivia turns to Harrison for help. He takes her on a ride in his aeroplane, but then crashes, and they're forced to spend two days alone together. With her reputation hanging by a thread, Harrison offers to marry her to make the situation right. As a charity ball to rebuild the Mercy Falls lighthouse draws near, she realizes she wants more than a sham engagement-she wants Harrison in her life forever. But her enemy plans to shatter the happiness she is ready to grasp. If Olivia dares to drop her masquerade, she just might see the path to true happiness.

Four years ago, rodeo celebrity Wade Ryan gave up his identity to protect his daughter. Now, settled on a ranch in Big Sky Country, he lives in obscurity, his heart guarded by a high, thick fence.

Abigail Jones isn't sure how she went from big-city columnist to small-town nanny, but her new charge is growing on her, to say nothing of her ruggedly handsome boss. Love blossoms between Abigail and Wade--despite her better judgment. Will the secrets she brought with her to Moose Creek, Montana separate her from the cowboy who finally captured her heart?

I enjoyed this one, and will have a review up the first week in April.

Jess O’Brien has overcome a lot — the challenges of attention deficit disorder, the near bankruptcy of her beloved Inn at Eagle Point and her self-perception as a screwup in a family of overachievers. Now she’s ready to share the future with a man. Her friends persuade her to join a dating service — but she gets no takers! Which is fine with her childhood friend, psychologist Will Lincoln, who’s already chosen the perfect man for Jess: himself. Will has loved Jess practically forever. He knows her faults and her strengths. But for all Will’s sincerity and charm, Jess fears he views her as some psychological case study. With her family and the town of Chesapeake Shores behind him, Will finally makes his case. But is it enough to convince Jess to take the risk of a lifetime?

Pretty typical Macomber enjoyable clean read.  Review to be published the first week in April.
In the middle of the year, in the middle of her life, Bethanne Hamlin takes a road trip with her daughter, Annie, and her former mother-in-law, Ruth. They’re driving to Florida for Ruth’s 50th high-school reunion. A longtime widow, Ruth would like to reconnect with Royce, the love of her teenage life. She’s heard he’s alone, too...and, well, she’s curious. Maybe even hopeful. Bethanne herself needs time to reflect, to ponder a decision she has to make. Her ex-husband, Grant — her children’s father — wants to reconcile now that his second marriage has failed. Bethanne’s considering it.... Meanwhile, Annie’s out to prove to her onetime boyfriend that she can live a brilliant life without him! So there they are, three women driving across America. They have their maps and their directions — but even the best-planned journey can take you to a turn in the road. Or lead you to an unexpected encounter — like the day Bethanne meets a man named Max who really is a hero on a Harley. That’s when Bethanne’s decision becomes a lot harder. Because Grant wants her back, but now there’s Max.... From Seattle’s Blossom Street to the other end of the country, this is a trip that could change three women’s lives

Pretty typical Harlequin romance about a rodeo-riding cowboy and a photographer.  Review   will be published first week in April.

'I don't know how to tell you what I did.' The unfinished letter is the only clue Tara and Emerson have to the reason behind Noelle's suicide. Everything they knew about Noelle - her calling as a midwife, her passion for causes, her love for her family - described a woman who embraced life. But they didn't know everything. Because the unaddressed letter reveals a terrible secret...and a legacy of guilt that changes everything they thought they knew about the woman who delivered their children. A legacy that will irrevocably change their own lives - and the life of a desperate stranger - forever. Diane Chamberlain gets to the heart of the story

It's Monday, What Are You Reading is hosted by Sheila over at Bookjourney.  It asks what we read last week and what we plan to read this week.  Last  week I read:

I'm in the middle of

which is my tread mill book right now.  Using that rating scale, it is keeping me coming back to the treadmill, but isn't motivating me to stay on much beyond my mandatory 30 minutes.

What's next?  Who knows?