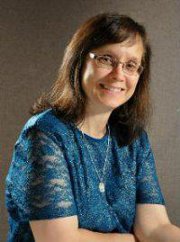 Today I'd like to welcome author Ellen Gable Hrkach to This That and the Other Thing. Ellen is the author of several books I have reviewed and is a regular participant in my Sunday Snippets--A Catholic Carnival meme.

Tell us a little about yourself and your family.
I’m a freelance writer and author of four books, three of which have been Amazon Kindle Top 10 bestsellers and one of my books (In Name Only) won a Gold Medal in Religious Fiction at the 2010 IPPY Awards. My husband and I are also Natural Family Planning (NFP) teachers and Marriage Preparation instructors.  We create the Family Life cartoons (http://www.catholicsistas.com/2012/02/17/life-in-a-cartoon-world/) which currently appear in Family Foundations Magazine (ccli.org). We have five sons ages 12-24 and we live in a small rural town in Ontario, Canada.

How do you say your last name?
Her-cash.  One of the reasons I decided to use my maiden name (Gable) as my pen name is because people find my married name hard to pronounce.

I note that your biography on your website says that you are a freelance author. What have you written besides your books?
Most of my freelance writing work is non-fiction. I have written on a variety of topics such as NFP, Theology of the Body, Miscarriage and Pregnancy Loss, Parenting and Self-Publishing. I have had articles published in the Nazareth Journal, Ecclesia, Family Foundations Magazine and Restoration. I’m a regular contributor to Amazing Catechists, Catholic Mom and Catholic Fiction .


Do you read books of the genre commonly known as "Christian fiction"? Why or why not?
I love to read and I read a variety of genres. My favorites are Christian historical romance and romantic suspense; although I read a lot of secular novels as well (I usually read one or two novels a week.)

What are the last two or three novels you've read that you would recommend?

Karen Kingsbury’s Even Now and Ever After.  Even Now / Ever After Compilation Limited Edition

.  Krisi Keley's "Pro Luce Habere" (Volumes I and II).  I don't usually read "vampire" novels, but this is one with a Catholic twist and Keley is an incredibly gifted writer.  .Pro Luce Habere (To Have Before the Light) Volumes I & II (On the Soul series)

When did you first decide to write a book, and why?


My husband was the one who suggested I write a novel based on the parallel stories of myself and my great-grandmother. Prior to that, I had been writing in a journal to ease the grief after miscarriages (I have lost seven babies through miscarriage and ectopic pregnancy). My grief journal was actually the basis for my first published article, then it later became the basis for my novel, Emily's Hope

. I knew I wanted to share my story, but I also wanted to promote Catholic teachings on sex and marriage.


I've read other places that Catholic publishers are not open to publishing fiction. Have you found that to be the case? I've perused some of your links on the subject of Catholic fiction and the majority of the books I found were either classics or self-published. Why don't you think the mainstream publishers, religious or otherwise, put out Catholic fiction? Did you approach any publishers with your manuscripts?
When I attended the Catholic Writers Conference in 2008, a representative from Ignatius Press tried to explain why they only publish a few fiction manuscripts a year: Catholic fiction doesn’t sell enough books to be profitable. He then told us the figures for how many Scott Hahn books they have sold over the years compared to Michael O’Brien books. Books by Scott Hahn have sold over a million copies while Michael O’Brien’s novels have sold a total of 70,000 in the same time frame. Although I’m sure O’Brien has sold more than that in the past four years, 70,000 books sold is nothing to scoff at. However, when you compare the two figures, you can understand why a company would prefer to publish books that are going to sell millions as opposed to tens of thousands. In their experience, non-fiction sells more than fiction.

However, this has NOT been my experience. My non-fiction book,Come My Beloved: Inspiring Stories of Catholic Courtship

has sold a few hundred copies over the past year compared to my novels, which have sold thousands.

With regard to approaching publishers, I researched Catholic publishers and found that very few of them took fiction manuscripts. I did approach one (secular) publisher with my manuscript. They seemed interested, but wanted to cut out most of the religious references. I didn’t want them to do that...besides this was my personal story. The lack of Catholic fiction publishers and my desire to control the way my story was told prompted my husband and I to start our own publishing company.

I've read that over 40% of the audience for Christian fiction, a genre that is by and large for, by and about Evangelical Protestants, is Catholic--generally middle-aged white woman (hey, I resemble that statistic). Do you think that your books or other books dealing with explicitly Catholic characters and mentioning Catholic beliefs and practices could find a market with those who share many but not all of our beliefs?

Absolutely. They already have found a market. Although my first book, Emily’s Hope, has a smaller target audience, my second and third novels have a much larger target audience and it shows in the number of books sold.

You've noted on your blog that Stealing Jenny has been a best-seller on Amazon in its category.  What is the ratio of hard copies vs e-books?   What about your other books?
Both Stealing Jenny

and In Name Only have been at the #1 position in the Religious and Liturgical Drama category on Amazon, although In Name Only was at the #1 position for nearly seven weeks. Stealing Jenny has been in the top ten for five months (it recently hit #1 again!) Both have sold a fair number of e-books and print books. Regarding the ratio of hard copies to e-books, for every print copy I sell, I usually sell 200 e-copies.

E-readers and e-books have really come into their own in the last couple of years. Do you consider them a game-changer for writers? Do find it easier or harder to sell e-books vs hard copies?
Absolutely a game changer, especially for self-published authors like myself because we can set a lower e-book price than the major publishers, thus gaining a larger audience. On Amazon Kindle, my books are selling better than many well-known and established authors because my books are only 2.99 each. So it’s much easier to sell e-books.

Now, this wasn't always the case. My books were on Kindle for six months before I reduced the price and began selling more. Prospective readers do not want to pay over 4.99 for e-books from unknown authors, but they might gamble 2.99. It’s the same with print books. Readers generally do not want to pay 16.99 for a book by an unknown author, but they will gamble 2.99.

Do you consider any of your books to be commercial successes? If so, which ones? Is writing something you do with the idea of making money, or is it more of a ministry or paying hobby?

Yes, so far the biggest commercial success has been In Name Only

With regard to “making money,” I never started writing to make money and I never expected it to be lucrative. My original motive was to evangelize Catholic truths on sex and marriage. The fact that I am making a nice supplemental income, however, is a definite bonus.

You started your own publishing company. Have you published any books other than your own? Are you interested in/open to doing so? If so, what are you looking for, or not looking for?


We are publishing two books this year by other authors:

Growing Up in God’s Image by Carolyn Smith (a non-fiction book on Talking to your Kids About Sex) www.growingupingodsimage.com March 25, 2012 and
Angela’s Song, a novel, by AnnMarie Creedon October 7, 2012 (read an excerpt)

We’re looking for books that promote (even subtly) the Church’s teachings on sex and marriage.

I'd like to thank Ellen for stopping by today. You can read more about her and her books at Plot Line and Sinker.