I've been in a blogging funk lately.  I just haven't felt like it.  I've read some books but haven't written reviews.  I decided that one way out of the funk was to do something different.  I decided that for at least a couple of weeks, I'd do a meme a day.  So far I did Booking Through Thursday and Seven Quick Takes, both of which I've done  in the past, though not regularly.  Today I'm trying a new one, Saturday 9.  The host of Saturday 9 is "Crazy Sam" and each week she asks nine questions for bloggers to answer.  Here are this week's questions: 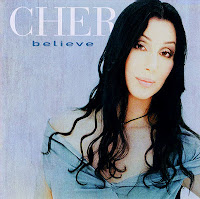 I don't think there is any such thing as "your prime".  I'm not as physically attractive as judged by conventional society as I was at 20 or 30 but I have far more life experience and wisdom which makes me, hopefully, a better person. I know I'm far more comfortable in my own skin than I was 20 years ago.  On the other hand, I have started to note physical decline (bifocals, arthritis, weight gain, menopause).  Physically, the trend is downhill, but hopefully that will be manageable for some time.

2) Cher is as well known for her outrageous outfits as for her singing. What's the latest piece of clothing you added to your wardrobe?

I bought a beautiful scarf today, filled with oranges and golds.  Not me at all, but it is lovely and I decided it will go well with black.

3) Cher credits her unique looks to her diverse ethnicity. Her father was Armenian and her mom is English/German/Cherokee. From where did your ancestors come?

My mom's family is from Austria and her grandparents on both side (I think) were immigrants.  I don't know much about my Dad's paternal grandparents but the name is German and the family settled near Appleton WI.  My Dad's mom was an immigrant from Russia, but the family was German, not Russian.   You can Google "Volga German" or "German-Russian" to learn more about this ethnic group but basically they were Germans who settled in Russia about the time of the American revolution.  They lived in German villages, spoke German and were Catholic, not Orthodox.  Lawrence Welk was a German-Russian.

4) When she was a little girl, Cher produced and starred in a schoolyard production of Oklahoma. Were you involved in drama or theater in school?

I was in the Junior and Senior class plays.  They were nothing to write home about and were chosen so as not to offend anyone and to have as large a cast as possible.  Still, it was fun.

5) Cher is open about her plastic surgery, speaking freely about having had her breasts 'done', her nose bobbed and her teeth straightened. If you could change one physical feature about yourself, which would it be? And what would you never change, under any circumstances?

I change my hair  color from gray to some shade of light brown or dark blonde on a regular basis.  I would never to cosmetic surgery unless I had a very disfiguring injury.

6) There's a stubborn rumor, often denied, that Cher had a rib removed so that she could maintain her long and lean silhouette. What's the most outrageous thing anyone has said of you?

7) When she was a kid, Cher practiced her autograph. Do you have a clear, legible signature? Or is it more of a scrawl?

Yes, but I think we make most of our luck.

You can join the fun here.