Children of Dust: My Review 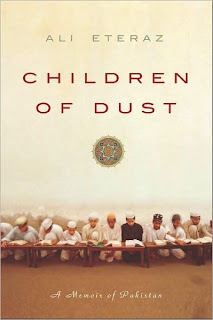 Have you ever accused your kids of having eyes bigger than their stomachs? Have you heard of biting off more than you can chew? Well, I have to confess, I'm guilty as charged. I love to read and I love that review copies are offered to bloggers. However, its not like a bookstore where if you pass on it today, it will still be there next week-generally speaking when a book is offered, grab it or you'll have to get a copy in a more conventional manner. This summer my obligations were few and I had a lot of time to read. I managed to plow through a LOT of books and got in the habit of requesting anything that looked interesting. Unfortunately I didn't break that habit soon enough and found myself with a review stack that was just too large. Today I got a second reminder from the nice folks at FSB Media asking when I was going to feature Children of Dust. Since they were winding up their campaign they wanted to know if I needed anything from them. It was a nice email, but did have the desired effect.

Since I got the email today, I'll be honest and tell you I have not read the entire book. However, I did read the Table of Contents that gives a general description of the five parts of the book, the first 65 pages, the last of the five books and bits and pieces in the middle. I found it fascinating. The author, Ali Eteraz, was born in Pakistan to Muslim parents. Before he was born, his father promised Allah that if the child was a boy,he would dedicate his life to Islam. We learn about his early family life, as well as about the stories of faith told by Muslims. I had no idea they had so many stories about angels, demons and the like.

We follow Ali off to school, where the primary lessons were on memorizing the Quran. We see a culture far different from our own, one where polygamy is practiced and where rape victims are seen as sinners. We also see a land where poverty is rampant, and learn that one explanation given for that is that their version of the Devil has convinced the Christians and Jews to follow him, for which they will receive abundant blessings in this world--and hell in the next.

Eventually Ali ends up in the US, attending college in Atlanta where he becomes president of the Muslim Student Association. That made him the spiritual leader on campus and also made him a local spokesperson for Islam. However, he was not totally virutous. He tells of chasing women (including Muslim ones), and writing erotica. Also, while at college he studies under atheists and learns about postmodernism which sees life not as spiritually based but rather as a constant struggle for power. He also becomes active on AOL/internet forums regarding Islam.

Finally, at the end of the book he ends up in Kuwait trying to spread moderate Islam. It is his belief that support for a more tolerant free society can be found in the Quran and that if Muslim countries adopted his ideas all would be better. His friend suggests that he has made Islam the idol, rather than Allah the god.

I found the book to be very readable and I enjoyed his perspective on Islam. Much of what I've read on Islam in the past was by those who have converted to Christianity, and are more conversion stories than stories of Islam as it is lived. Eteraz doesn't come out and tell you exactly what his religious beliefs are today; only that at the end, he refers to God, not to Allah.

Thanks again to Julie at FSB for my review copy of the book. See their page on this book.

To purchase from Amazon.com: Children of Dust: A Memoir of Pakistan