Its All About Us

It's All About Us: A Novel 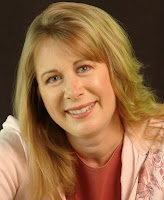 Shelley Adina is a world traveler and pop culture junkie with an incurable addiction to designer handbags. She knows the value of a relationship with a gracious God and loving Christian friends, and she's inviting today's teenage girls to join her in these refreshingly honest books about real life as a Christian teen--with a little extra glitz thrown in for fun! In between books, Adina loves traveling, listening to and making music, and watching all kinds of movies.

It's All About Us is Book One in the All About Us Series. Book Two, The Fruit of my Lipstick came out in August 2008, and Book Three, Be Strong & Curvaceous, comes out in January 2009. 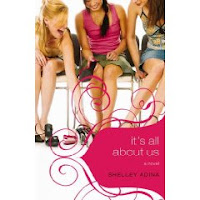 SOME THINGS YOU just know without being told. Like, you passed the math final (or you didn't). Your boyfriend isn't into you anymore and wants to break up. Vanessa Talbot has decided that since you're the New Girl, you have a big bull's-eye on your forehead and your junior year is going to be just as miserable as she can make it.

Carly once told me she used to wish she were me. Ha! That first week at Spencer Academy, I wouldn't have wished my life on anyone.

My name is Lissa Evelyn Mansfield, and since everything seemed to happen to me this quarter, we decided I'd be the one to write it all down. Maybe you'll think I'm some kind of drama queen, but I swear this is the truth. Don't listen to Gillian and Carly—they weren't there for some of it, so probably when they read this, it'll be news to them, too.

But I'm getting ahead of myself. When it all started, I didn't even know them. All I knew was that I was starting my junior year at the Spencer Academy of San Francisco, this private boarding school for trust fund kids and the offspring of the hopelessly rich, and I totally did not want to be there.

I mean, picture it: You go from having fun and being popular in tenth grade at Pacific High in Santa Barbara, where you can hang out on State Street or join a drumming circle or surf whenever you feel like it with all your friends, to being absolutely nobody in this massive old mansion where rich kids go because their parents don't have time to take care of them.

Not that my parents are like that. My dad's a movie director, and he's home whenever his shooting schedule allows it. When he's not, sometimes he flies us out to cool places like Barbados or Hungary for a week so we can be on location together. You've probably heard of my dad. He directed that big pirate movie that Warner Brothers did a couple of years ago. That's how he got on the radar of some of the big A-list directors, so when George (hey, he asked me to call him that, so it's not like I'm dropping names) rang him up from Marin and suggested they do a movie together, of course he said yes. I can't imagine anybody saying no to George, but anyway, that's why we're in San Francisco for the next two years. Since Dad's going to be out at the Ranch or on location so much, and my sister, Jolie, is at UCLA (film school, what else—she's a daddy's girl and she admits it), and my mom's dividing her time among all of us, I had the choice of going to boarding school or having a live-in. Boarding school sounded fun in a Harry Potter kind of way, so I picked that.

Sigh. That was before I realized how lonely it is being the New Girl. Before the full effect of my breakup really hit. Before I knew about Vanessa Talbot, who I swear would make the perfect girlfriend for a warlock.

Note: my name is not Melissa. But on the first day of classes, I'd made the mistake of correcting Vanessa, which meant that every time she saw me after that, she made a point of saying it wrong. The annoying part is that now people really think that's my name.

Vanessa, Emily Overton, and Dani Lavigne ("Yes, that Lavigne. Did I tell you she's my cousin?") are like this triad of terror at Spencer. Their parents are all fabulously wealthy—richer than my mom's family, even—and they never let you forget it. Vanessa and Dani have the genes to go with all that money, which means they look good in everything from designer dresses to street chic.

Vanessa's dark brown hair is cut so perfectly, it always falls into place when she moves. She has the kind of skin and dark eyes that might be from some Italian beauty somewhere in her family tree. Which, of course, means the camera loves her. It didn't take me long to figure out that there was likely to be a photographer or two somewhere on the grounds pretty much all the time, and nine times out of ten, Vanessa was the one they bagged. Her mom is minor royalty and the ex-wife of some U.N. Secretary or other, which means every time he gives a speech, a photographer shows up here. Believe me, seeing Vanessa in the halls at school and never knowing when she's going to pop out at me from the pages of Teen People or some society news Web site is just annoying. Can you say overexposed?

Anyway. Where was I? Dani has butterscotch-colored hair that she has highlighted at Biondi once a month, and big blue eyes that make her look way more innocent than she is. Emily is shorter and chunkier and could maybe be nice if you got her on her own, but she's not the kind that functions well outside of a clique.

Some people are born independent and some aren't. You should see Emily these days. All that money doesn't help her one bit out at the farm, where—

Okay, Gillian just told me I have to stop doing that. She says it's messing her up, like I'm telling her the ending when I'm supposed to be telling the beginning.

Not that it's all about her, okay? It's about us: me, Gillian, Carly, Shani, Mac . . . and God. But just to make Gillian happy, I'll skip to the part where I met her, and she (and you) can see what I really thought of her. Ha. Maybe that'll make her stop reading over my shoulder.

So as I was saying, there they were—Vanessa, Emily, and Dani—standing between me and the dining room doors. "What's up?" I said, walking up to them when I should have turned and settled for something out of the snack machine at the other end of the hall.

They couldn't be talking about me personally, in which case I didn't need to hear it. "Whatever." I pushed past them and took two steps down the hall.

"Don't you want to hear about your new roommate?" Vanessa asked.

Roommate? At that point I'd survived for five days, and the only good things about them were the crème brulée in the dining room and the blessed privacy of my own room. What fresh disaster was this?

Oops. I'd stopped in my tracks and tipped them off that (a) I didn't know, and (b) I wanted to know. And when Vanessa knows you want something, she'll do everything she can not to let you have it.

"I think we should tell her," Emily said. "It would be kinder to get it over with." "I'm sure I'll find out eventually." There, that sounded bored enough. "Byeee." "I hope you like Chinese!" Dani whooped at her own cleverness, and the three of them floated off down the hall.

So I thought, Great, maybe they're having dim sum today for lunch, though what that had to do with my new roommate I had no idea. At that point it hadn't really sunk in that conversation with those three is a dangerous thing.

That had been my first mistake the previous Wednesday, when classes had officially begun. Conversation, I mean. You know, normal civilized discourse with someone you think might be a friend. Like a total dummy, I'd actually thought this about Vanessa, who'd pulled newbie duty, walking me down the hall to show me where my first class was. It turned out to not be my first class, but the teacher was nice about steering me to the right room, where I was, of course, late.

That should've been my first clue.

My second clue was when Vanessa invited me to eat with them and Dani managed to spill her Coke all over my uniform skirt, which is, as I said, plaid and made of this easy-clean fake wool that people with sensitive skin can wear. She'd jumped up, all full of apologies, and handed me napkins and stuff, but the fact remained that I had to go upstairs and change and then figure out how the laundry service worked, which meant I was late for Biology, too.

On Thursday Dani apologized again, and Vanessa loaned me some of her Bumble and bumble shampoo ("You can't use Paul Mitchell on gorgeous hair like yours—people get that stuff at the drugstore now"), and I was dumb enough to think that maybe things were looking up. Because really, the shampoo was superb. My hair is blond and I wear it long, but before you go hating me for it, it's fine and thick, and the fog we have here in San Francisco makes it go all frizzy. And it's foggy a lot. So this shampoo made it just coo with pleasure.

You're probably asking yourself why I bothered trying to be friends with these girls. The harrowing truth was, I was used to being in the A-list group. It never occurred to me that I wouldn't fit in with the popular girls at Spencer, once I figured out who they were.

Lucky me—Vanessa made that so easy. And I was so lonely and out of my depth that even she was looking good. Her dad had once backed one of my dad's films, so there was that minimal connection.

Too bad it wasn't enough.

jolie.mansfield L, don't let them bug you. Some people are
threatened by anything new. It's a compliment
really.

LMansfield You always find the bright side. Gahh. Love you,
but not helping.

jolie.mansfield What can I do?

LMansfield I'd give absolutely anything to be back in S.B.

LMansfield I want to hang with the kids from my youth group.
Not worry about anything but the SPF of my sun
block.

jolie.mansfield If you say so. Love you.