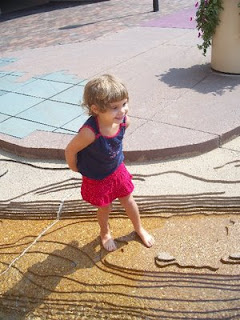 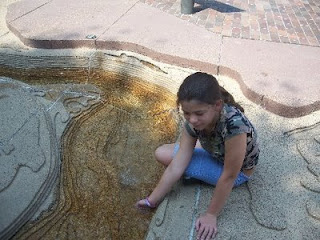 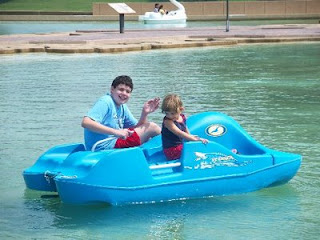 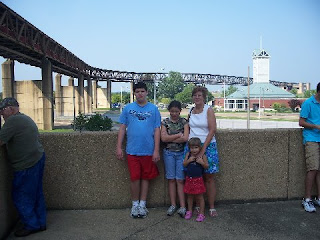 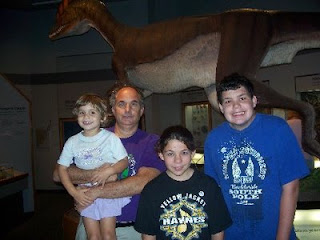 A month ago we evacuated for Hurricane Gustav. We had spent the week watching it approach, and as it was a holiday weekend, we decided that rather than staying here and praying that it would go elsewhere--and possibly having to deal with it if it didn't, we'd head out of town Saturday morning. That way we figured we'd beat the rush on the roads, be able to spend Sunday playing in Memphis,and, best case scenario, come home Monday. Expected scenario was that we'd be there until at least Tuesday or Wednesday, which turned out to be what happened. We stayed in Olive Branch MS, which is a suburb of Memphis. We got there about 2:00 p.m. and decided to go to mass Sat. nite so we could play on Sunday.

Sunday we went to Mud Island, which is a park on a sandbar in the Miss. River. There is a river musuem and a scale model of the lower Mississipi River,so we were able to walk from Memphis to New Orleans, and my little one got to play in the river. On the monorail ride back to our car we met some folks from my mom's hometown in Wisconsin--and some from Louisiana. Monday we went to the zoo and they were giving half off to New Orleans folks, and there were a lot of us there. When we saw people in Saints or LSU shirts, or shirts from local schools, it was always "How are you doing?" and "Have you heard anything?" Luckily the news was mostly good. Tuesday we decided it was time to see Elvis so we went to Graceland. Frankly, few places I've been have left such a bad taste in my mouth. First of all, it cost $8.00 to enter the parking lot. Not knowing any better, we paid it and drove in. When we got inside, after walking by a plane that you could see just well enough for my little one to want to get on it, we saw the ticket prices. Adults (over 12) were almost $30.00/head (I guess we should have called ahead for prices like the guidebook said) and kids were about $20, and the plane was extra. We didn't stay, and felt ripped off for the parking fee. We drove by and saw what we could from the street (not much) and headed for the Pink Palace which was a mansion tranformed into a history/natural history/science musuem. On the way over there we were able to reach our answering machine, so we knew we had power. Wednesday we headed home and found that everything had survived.
Posted by RAnn at 11:22 PM