Katrina in the Workplace

In looking back at the post-Katrina world, one thing we wondered when we learned the extent of the damages was whether we would have jobs to which to return. 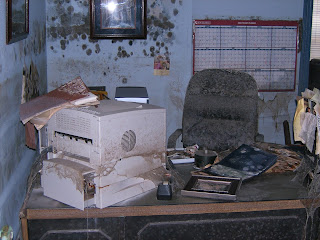 I am a paralegal who worked for an insurance defense firm which was housed in a high-rise suburban office building.  My husband had just started working in sales for a seafood distributor.  Our inital impression was that I would have a job (my experience is that lawyer can figure out how to make money from just about any situation) and that my husband probably would not (no people in town means no restaurants and no need for people, particularly people who were just hired, to sell to them). We were right about me and wrong about him. He actually returned to work a week before I did, but for the first year or so, he spent a lot of time as a delivery driver, because you can't sell what you can't deliver and the truck drivers had not returned.  Neither of our workplaces were in areas that flooded but a lot of windows had been blown out of our building, so it was shut down until almost Christmas. 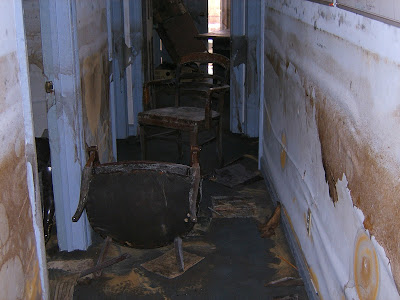 My firm rented space in Baton Rouge and a condition of keeping your job was being willing to commute.  Luckily, the attorney for whom I work most directly thought we needed space in the New Orleans area as well, and he had a client with space for rent.  While too small for the entire firm, there was room for a few and only a couple of lawyers decided to work there.  Luckily they were the ones for whom I worked, so I was spared the commute. 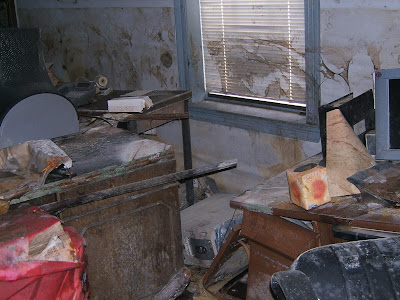 While many people had the same fears we initially did about getting home and not having jobs, the reality turned out to be that there were more jobs than people; particularly low-end jobs.  All the fast food places that were open had signs up bragging about $10/hour pay, and unlimited hours.  There was lots of work available gutting houses.  It was even hard to hire for middle-income jobs because so many people were gone.  I got a nice raise that year. 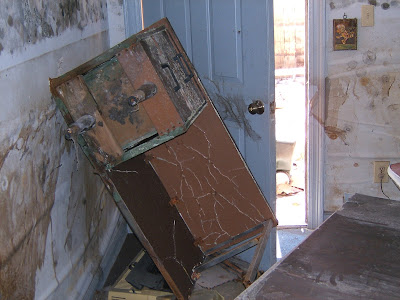 Plenty of places had lots of clean-up work to do.  The photos in this post are from a law office on Canal Street in New Orleans.  Can you imagine going to work and finding this? 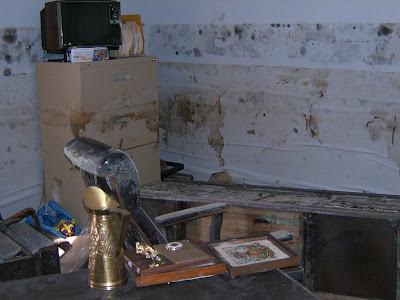 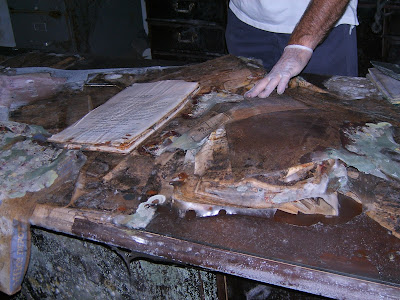