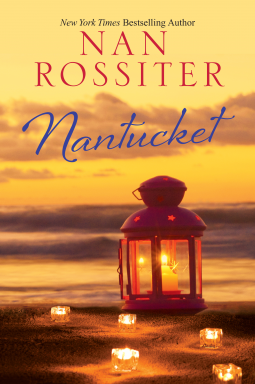 About the Book:
Over twenty-five years ago, Liam Tate and Acadia McCormick Knox fell in love. It was summer on Nantucket, and eighteen-year-old Liam knew that wealthy, college-bound Cadie was way out of league for a local boy who restored boats for a living. Yet the two became inseparable, seizing every chance to slip away in Liam's runabout to secluded spots, far from the world that was trying to keep them apart.

After Cadie returned home to New York and discovered she was pregnant, her parents crushed any hope of communicating with the boy she'd left behind. Unanswered letters and calls couldn't change Liam's heart, but over the years he's settled into a simple, solitary life in his rambling beachfront house. Now he's learned that Cadie is returning to Nantucket for the opening of her son's art show. Over a weekend of revelations and poignant memories, Cadie and Liam have an opportunity to confront the difference time can make, the truths that never alter, and the bittersweet second chances that arrive just in time to steer a heart back home...

My Comments:
I was expecting a sweet beach read and got a bittersweet one instead.  Even so, I enjoyed Nantucket and recommend it.

Nan Rossiter uses flashbacks to take Cadie and Liam back to that high school summer when they fell in love.  Perhaps that love would have lasted, and perhaps it would have grown cold had Cadie's father not interfered, but interfere he did and neither one has found love since then.  Now they are back together and I'll let you read the book to find out what keeps them apart in today's world.

If there was one thing I didn't like about the book it is the fact that Rossiter turned Cadie's father into a bully, with no redeeming characteristics.  Was he someone who just wanted his own way, or was he a father who saw the world differently from the way his daughter did?  I don't know; he makes some very powerful appearances in the book, but doesn't stick around to be known.

I'd like to thank the publisher for making a review copy available via NetGalley.  Grade:  B.
Posted by RAnn at 10:06 PM