You Make Me Feel Like Dancing: A Novel (Va Va Va Boom Series) 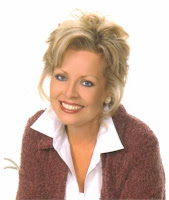 Allison Bottke spent 17 years as a professional fund-raiser before her personal journey prompted her to create the best-selling God Allows U-Turns anthologies. Now a popular speaker and author of hip-lit fiction as well as nonfiction, Allison was one of the first plus-size models with the Wilhelmina agency. Today, she has created a place where fun, fashion, food, family, and faith merge to empower and inspire boomer women all around the world. That place is her website.

Susan Anderson yawned and mumbled an incoherent complaint. She tried to focus heavy-lidded eyes on the glowing chartreuse numbers of the digital clock. Six a.m. She rolled onto her side and picked up the ringing cell phone, wishing she’d shut it off the night before. This was her day off, the one day in seven she could stay ensconced in her luxurious bed, wrapped in Egyptian cotton like a mummy princess. The one day in seven she could snuggle with her hubby when he came home from working the night shift.


“Slow down, Karen,” Susan whispered hoarsely. “I understand you haven’t been to sleep yet, but I’m still waking up, okay? Now, start from the top. Who’s Tina?”


Stretching like a limber feline, Susan propped her pillow against the headboard and slowly sat up, her eyebrows knitting together as she listened. Her eyes opened more fully as she listened to Karen’s amazing tale.


“… that’s the whole story. I’m afraid she’s going to do something drastic. Please, you have to help her. I know you don’t work Mondays, but you’re the only one I know who might be able to do something.”


Susan leaned her head back and yawned again as she considered.


“Still here. Sorry. Okay. I need coffee and a bagel, but you can tell her to meet me at the salon at seven.”


Susan hung up the phone, rolled onto her stomach, and buried her face in her pillow. Part of her wanted to go back to sleep. But the rest of her loved a challenge—and this was truly a challenge. Although dull moments were few in her world, so were new ventures these days—at least ventures of the dramatic magnitude Karen had just described.


She pulled back the covers and eased up on the edge of the bed. Absentmindedly tucking a strand of ash-blond hair behind her ear, she considered her options for another minute or two before reaching for the phone.


“Stop singing, Loretta—please. It’s too early for Donna Summer, even for you. I hate caller ID.”


“Heretic—bite your tongue! It’s never too early for Donna. And you should love caller ID. It’s the only reason I always answer your calls.”


Susan laughed. More than a dependable employee, Loretta Wells was a good friend and a sister in faith. She was also the reason Susan could take Mondays off. Loretta was more than capable of handling things without the boss. In fact, she’d been Susan’s right hand for almost twenty years.


Every Monday morning before opening the salon at seven thirty, Loretta had coffee at the Starbucks just off Tropicana Boulevard. Susan knew she could depend on her to rise to this challenge, cut her Starbucks run short, and get things ready for Tina before she arrived.


Susan explained what little she knew about what she’d dubbed as Tina’s Tragic Trauma. “You don’t mind coming in early?” she asked.


“Are you kidding? Sounds utterly fascinating. Don’t worry about me—what about you? I don’t think I’ve seen you on a Monday in more than a decade. Think you can function?”


She flipped the phone shut, grabbed a notepad and pen from the bedside table, and scribbled a note to leave downstairs for Michael on her way out. Her husband wouldn’t get home until eight, about the time she was usually getting ready for work. He wouldn’t be happy with her for taking off like this on their one day together, but what could she do? This young woman needed her.


She recalled the most recent argument she’d had with Michael about this very subject.


“You’re a hairdresser for crying out loud—not George!” he had shouted into the phone last week when she called him from the salon at 2:30 a.m.


George was their neighbor, a psychologist who was on call for police emergencies twenty-four/seven.


“You wouldn’t say that, Michael, if you had seen her. The creep used a butcher knife to cut off her hair. I couldn’t say no. Michael, you should have seen …”


“What if he had showed up at the shop? What then? He might be outside waiting for you right now. Maybe I should come over and follow you home …”


Susan didn’t tell him she had worried about the same thing when the girl showed up, referred by a friend who ran a shelter for battered women.


“I’m sorry I called,” she said with a sigh. What she had really wanted to share was her excitement at being able to pray with a young woman who was openly searching for an answer to the unexplainable emptiness in her heart.


“Me too,” Michael grumbled. “Now, get out of there and go home. I’ll stay on the phone while you lock up.”


That had been several days ago, and they had yet to talk about the situation again. She wasn’t exactly eager to bring it up—not with the way Michael had been acting lately. His sixtieth birthday loomed on the horizon, and Susan was quite certain he was having a delayed midlife crisis. She was hard-pressed to feel sympathetic. She was turning fifty in April, and she wasn’t snapping at everyone about every little thing.


Susan didn’t start thinking about Tina’s Tragic Trauma again until she was in the shower. What if she couldn’t help her? Lord, I’m almost embarrassed to bring this to you. I mean, I know it’s just hair. But what if Karen isn’t overdramatizing the situation? Surely someone wouldn’t commit suicide over a bad hair day, would she? Please help me help Tina. Amen.


Hurrying to get dressed, she pulled her thick hair back in a ponytail and wrapped a vintage Chanel scarf around her crown as a headband. She brushed her teeth, stroked on moisturizer, and applied her makeup in record time even though she’d been tempted to go without it, since her goal was to return home in a couple of hours and jump back into bed.


She quickly straightened up the bathroom for Michael, knowing he would take a shower as soon as he got home. When she finished, she sat down at her laptop and sent a quick e-mail to her online chat group. Then she checked herself one last time in the hall mirror and headed out the door.

Subject: You will NEVER believe this … story to follow


I’m off to work early … seems we have a Hair Emergency. I’ll fill you in when I know more. Can’t believe it’s only week two of the new year. Things haven’t slowed down at the shop … we’ve been operating full tilt since before Thanksgiving. Guess I shouldn’t complain … business is good. Hope everyone is healthy and happy.

Looking around the casino on his way out that morning brought Michael Anderson a bittersweet feeling. He liked his job, and every day yielded a new challenge. Yet, after thirty-five years, he was beginning to consider early retirement. The past night had been another busy one, and he was tired from walking the length of the property countless times as one mechanical problem after another surfaced. The Silver Spur was one of the oldest casinos in Las Vegas, and time was beginning to take its toll.


Of course, mechanical problems were easier to deal with than the inevitable people problems his wife seemed to encounter on a daily basis. He couldn’t imagine what it must be like for Susan, standing in one area, doing the same thing day in and day out. It must drive her crazy. It drove him crazy sometimes, just hearing about it.


“I love it, Michael, really I do,” she often told him. And he knew she was proud of her unique beauty salon, Disco Diva. But she had to be as tired of the daily grind as he was. They’d both been at it for so many years.


He couldn’t wait to get home and tell her his news—and this was the day to tell it. Monday was their only full day to spend together. Oh, sure, he saw her throughout the week, but not for long. Most days they were like the proverbial ships passing each other. He came home from the night shift just before she left in the morning, and she woke him when she returned from the salon in time for him to shower, get dressed, eat, and take off for work.


For years, though, they had enjoyed their evening meal together—Susan’s dinner and his breakfast. It was a solid ritual. And there was always something to talk about. Communication wasn’t a problem in their relationship. Having time to communicate was the problem. He’d once computed the time they’d actually spent together in the almost twenty-five years they’d been married; it was far less than the years implied.


And recently, it seemed, things were getting worse. More often than not during the past few months, Susan was already gone when he came home in the morning. And instead of waking him in person in the evening, she had taken to setting the alarm clock for him before she left for the salon.


This was all very unusual for her. He suspected she might be going through early menopause—not that he was an expert on such things. But she was certainly acting strangely these days. She spent more time at the salon than ever and seemed on edge a lot of the time.


That was another reason he’d decided to unveil his surprise a little early. It was time to free her from the growing responsibilities that were clearly taking away her joy.


Time for him to make their longtime dream come true.
Click here for my review
Posted by RAnn at 8:27 AM