First Wildcard: Go Back and Be Happy

Go Back and Be Happy

Traumatic brain injury is the number one killer of persons under the age of 44. Every twenty one seconds, someone suffers a traumatic brain injury (TBI) in the United States. As a result, 5.3 million Americans are living with a disability from TBI. This non-discriminatory injury changes life in an instant.

On May 10, 1993 my life was changed forever because someone ran a red light. Featured on Lifetime's "Beyond Chance", CNN, Woman's Day Magazine, and top ranked WB's WGN News, my story is

gaining national attention. After a life-threatening car accident, I suffered a severe brain stem injury and medically died, rating a "3", the lowest number possible on the Glascow Coma Scale. According to medical experts, 96% of the people with such a severe injury either die or remain permanently comatose. The few who survive typically face a non-functional life. I completely beat the odds even though I remained in a coma for over a month.

Paralyzed and unconscious, I was transferred to the locked brain injury wing of a rehabilitation facility, where I awakened with vivid memories of my near death experience. During "death" I saw my grandmothers in heaven. They instructed me to "Go back and be happy" and assured me that my body would heal. Although medical experts said I would never walk again, or be able to take care of myself, I didn't listen. I believed the words of my grandmothers.

Through extensive therapy, I relearned how to stand, walk, and swallow. However, I faced the daunting challenge of facing the able-bodied world as a disabled person.

After overcoming paralysis and battling severe depression, I embraced my gift of recovery as a true miracle.

In 1999, I ran in a 5K race near Chicago on Mother's Day! In February 2007, I completed my first triathlon. I have become an advocate for other survivors looking for hope and guidance. I work with the Brain Injury Association of Illinois, the Spinal Cord Injury Association of Illinois, and am a peer advisor to the Midwest Brain Injury Clubhouse. As a VIP member (voice for injury prevention) for the national program of ThinkFirst, I speak to students about injury prevention and safe driving. I volunteer at the 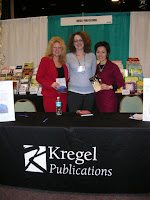 Rehabilitation Institute of Chicago in their Peer Support Program. I currently work part time as a community relations advisor for a top Chicago law firm.

I hope my story of faith and determination offers an inspirational and practical approach to dealing with sudden changes in life. Like an oyster, I transformed the unexpected "grit" in my life into a precious pearl. 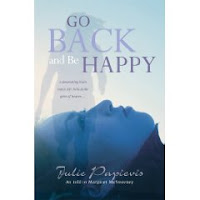 The couple watched in disbelief as a large burgundy Oldsmobile Cutlass ran a red light and violently struck the driver’s side of a small, white Mazda sports car turning left out of a shopping mall in a Chicago suburb.

Toni jumped from her car and shouted “Somebody call 911!”

An older couple raced toward the accident scene. The wife shouted over to Toni, “We’re calling 911 right now on our cell phone, and my husband’s a doctor!” In 1993, a mobile phone was not a common item.

Toni burst into tears when she looked into the Mazda and saw an unconscious young woman with a mane of blonde hair. She watched helplessly as the woman’s head lay against the chest as if it was disconnected from her body. Toni turned around and shouted, “Please somebody help!” “This poor girl and her family,” she sobbed. “They will never be the same.”

The gathering crowd rushed to the crumpled car and tried to open the driver’s door which was streaked with burgundy paint from the Oldsmobile. The forceful impact left both axles broken on the Mazda. A man ran to the other side of the car and managed to climb into the tangled debris. As he reached behind to pick up the young woman’s head, the doctor instructed, “Don’t move her.”

“I’m an off-duty paramedic,” the man answered in a calm and confident manner. “I know what I’m doing.”

“Go ahead then. I’m here if you need anything.”

The off-duty paramedic happened to be a block away from the accident scene getting his tires fixed. He lifted the woman’s head from her chest and cleared the airway so oxygen could pass to the brain. At 6:57 p.m., just two minutes after the accident, firefighters and paramedics arrived in a whir of sirens and flashing lights. Realizing the severity of the accident, Lieutenant Jim Streu radioed in a call to the station, “Extrication equipment is needed at the scene. Send in the fire truck.”

Paramedics Greg Sauchuk and Randy Deicke leaped out of Ambulance 61. Racing to the scene with his first aid box, Greg said, “Oh, man. This is really bad.”

They faced a “Trauma Red” and time was a major concern. Two minutes of the “Golden Hour” had already ticked away. Comprehensive medical treatment within that golden hour was imperative to offer any hope. Opening the first aid box, Greg removed some medical instruments to assess the woman’s condition. He recognized his off-duty paramedic friend who was holding the woman’s neck from the back seat of the car. Chips of sparkling glass surrounded the Mazda like Mardi Gras beads. Reaching through the blown out window, Greg said, “Tom, how did you manage to even climb into this pretzel? Thanks for stabilizing her neck and clearing the airway.”

Greg checked the woman’s breathing and said, “Amazing. I feel a pulse. She doesn’t need CPR.”

Lifting the woman’s eyelids, Greg checked the pupils with a small flashlight. They didn’t react. “Pupils dilated and fixed,” Greg reported to Randy and then shouted, “Hey, Miss! Can you hear me?!”

The woman remained silent. With his large six foot three, 245 pound frame, Greg pressed his fist into the woman’s chest. She didn’t even flinch.

“Patient is unresponsive to pain with sternum rub,” Greg said. “She scores a 3.” Greg rated the woman on the Glasgow Coma Scale, a quick, practical and standardized system developed in 1975 for assessing the level of consciousness and predicting the ultimate outcome of a coma. A three was the lowest score out of a possible fifteen.

“I’ll check her vitals,” Randy said as he wrapped the vinyl cuff around the woman’s arm to check for blood pressure. He placed the stethoscope on the inner arm and pumped the rubber ball. No reading. He tried again. “I can’t even hear the blood flow,” Randy said and shook his head while placing his fingertips on the woman’s artery to check for a pulse. “Patient’s palpable blood pressure is only eighty. Not good. Looks like a traumatic brain injury. Probably brain stem. Elevated heart rate is 120. This is bad guys. She’s in shock. Possible internal damage. After this car door is off, let’s do a ‘scoop and run.’”

Within a minute, the fire truck arrived with the “jaws of life” equipment. Al Green, another paramedic was also on the truck along with firefighter, Tony Pascolla. Tony lifted the forty pound Hurst equipment and steadied the hydraulic spreader as he ripped open the car door from its hinges. “I’ll be done in two minutes,” Tony shouted over the loud noise.

The paramedics decided against calling a helicopter since time was essential. Due to the severity of injuries, they agreed to take the woman to a Level I Trauma Center instead of the nearest hospital. Loyola University Medical Center in Maywood, Illinois was fourteen miles away. They knew that neurosurgeon, Dr. John Shea was her only hope. The ambulance left the scene at 7:12 p.m and arrived at 7:25 p.m. Randy, Greg and Al pulled the stretcher out of the ambulance and ran into the emergency entrance to hand the woman over to the trauma team. “She’s posturing!” Randy said. They watched as the woman started extending her arms and legs in primitive reflexes, a sign that her body could not regulate itself. She then urinated all of the water from her body, soaking the stretcher, and started agonal breathing, the last breaths taken before dying.

As Greg walked back with Randy and Al toward the ambulance, he glanced over his shoulders at the lifeless body being carted away by the trauma team. “Dear God,” he prayed. “Please help her through this. Just help her through this.” He climbed into the driver’s seat and left the hospital. He’d seen it before. He knew firsthand that traumatic brain injury is the number one killer of people forty-four years old and younger.
Click here to read my review
Posted by RAnn at 7:01 AM